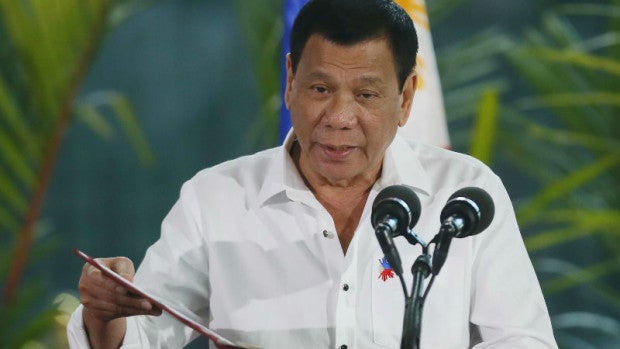 Fourteen senators have signed a committee report on a bill granting President Rodrigo Duterte emergency powers to address the traffic crisis in the country.

The 14 are the following:

She said Senate Bill No. 1284 or “An Act Compelling the Government to Address the Transportation and Congestion Crisis through the Grant of Emergency Powers to the President” was a consolidation of the measures filed by Drilon, Gatchalian and Senators Joseph Victor “JV” Ejercito, and Alan Peter Cayetano.

In her sponsorship speech of the bill, Poe described traffic as not just a Metro Manila “disease” but a “virus engulfing the nation.”

“A long train of bad ideas, bankrupt programs, botched projects, and lack of meaningful foresight has made it an accident waiting to happen—the perfect train wreck upon which the well-being and welfare of the Filipino people is fighting for survival. It is now time to untangle the mess, one that is so grave and great that it needs emergency powers to straighten it out,” she said.

“What is disappointing, Mr. President, is it appears that the burden to solve the traffic crisis is now on us. Bigla na lang idinadahilan ng ibang mga taga executive department na hindi sila makakilos ng mabilis dahil wala silang emergency powers (Those from the executive department would suddenly claim they couldn’t act swiftly due to lack of emergency powers). Many solutions do not require legislation. In fact, the laws are there, the plans are there, if only they are implemented. Hindi lahat ng solusyon nangangailangan ng semento. Kadalasan, sentido-kumon lang ang kulang (Not all solutions need a specific power. Usually, what’s lacking is the common sense).”

“To them, I say, ‘Get off your office chairs, and act NOW.’ You should inspire the people to have confidence in you, and that will only happen if your actions will spur results,” Poe said.

She said the three committees have decided to grant Duterte emergency powers “because losing P3 billion a day due to traffic is alarming enough to constitute a crisis.”

The senator pointed out the Japan International Cooperation Agency’s estimates that by 2030, the losses would increase to P6 billion a day.

“Congress needs to declare a national emergency with regard to traffic congestion, because traffic from highly urbanized areas is now spilling over to nearby localities and causing businesses and people to lose money and opportunities,” Poe said. RAM