Business as usual in other facilities in Fontana 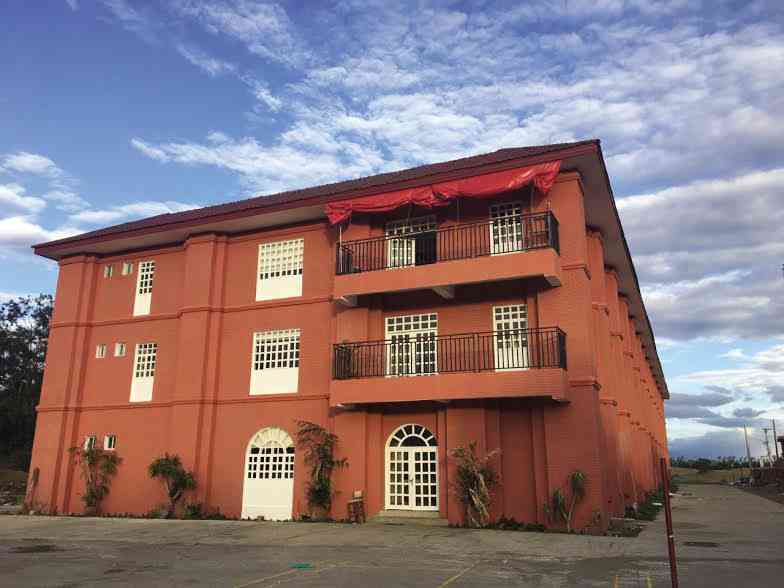 This building is among facilities inspected by a government team in Fort Ilocandia Resort in Laoag City after the closure of the local operations of gaming tycoon Jack Lam. —LEILANIE ADRIANO

Although the government had shut down a hotel, convention center and casino at the Fontana Leisure Parks and Casino, parts of the tourism facility are still doing business.

Noel Manankil, Clark Development Corp. president and chief executive officer, said a nine-hole golf course, water park and several villas inside Fontana are still open as they are being managed by an affiliate of a company owned by Lam, Fontana Resorts Country Club Inc.

The Department of Justice is investigating Lam for running online gambling casinos without licenses and hiring Chinese workers illegally to work in these gaming facilities.

The alleged illegal online gaming operation was said to be run by Next Games Outsourcing Inc. (NGOI), which employed around 1,500 Chinese.

The Chinese workers have been detained at the convention center since the Nov. 24 raid by the Bureau of Immigration.

In Ilocos Norte province, the Laoag City government and the police inspected last week the Fort Ilocandia Resort, where Lam operated a casino.

But the Bureau of Internal Revenue in Laoag City said it has an account for NGOI, bearing the address of Fort Ilocandia in Barangay 37, Calayab, Laoag City, which has paid an annual tax of P500. It was not clear whether NGOI in Ilocos is the same outfit in Clark, or why it was paying this low amount of tax.

Earlier this year, advertisements for job openings for a casino were posted on an online job recruitment portal, as well as published in a community newspaper in Laoag.

On Thursday, an inspection team composed of members of the Criminal Investigation and Detection Group and the Laoag government’s licensing, engineering and fire departments surveyed the premises of Fort Ilocandia to determine if a business processing outsourcing facility there had online gaming operations.

“We intend to establish a call center business here but online gaming is definitely not one in our line of business here,” Perrera said.

“We are only leasing our property to any prospective clients … What we own here is the Casino Filipino, [for which we have] a franchise,” he said.

Security has been tightened at the entrance of the hotel. The inspection teams were allowed to enter a room at the ground floor of the hotel, which was empty except for CCTV cameras installed on walls, a cabinet and steel brackets for television monitors.

The adjacent rooms were closed, and have signs that say, “Restricted.”

At the southern part of the old Fort Ilocandia building stood a relatively new three-story building which has thousands of chairs and computer tables, including a separate signal tower.

Perrera said the building is available for lease, and was outfitted for BPO operations.

Business operations at Fort Ilocandia serve mostly Chinese tourists who prefer to stay at the only five-star hotel in the province, where the casino operates. —TONETTE OREJAS AND LEILANIE ADRIANO

Read Next
News Briefs: Cops pursue inmate who bolted Tarlac jail
EDITORS' PICK
UK’s Boris Johnson will resign, BBC reports
Unemployment rate up to 6% in May
Geek out at TOYCON 2022 powered by Smart Signature
High inflation: Your P1 is now worth only 87 centavos
High-risk pregnancy: Reducing your risk is in your hands
House energy committee chair Arroyo bats for cheap electricity
MOST READ
Suspect in grisly killing of missing woman in Bulacan arrested
Kim Atienza’s daughter flaunts bikini body in response to critics of her ‘revealing photos’
Japanese artist who created ‘Yu-Gi-Oh!’ found dead in the sea
FDA probes popular Filipino noodle brand for ‘high level of ethylene oxide’
Don't miss out on the latest news and information.