WHAT WENT BEFORE: Fertilizer fund scam 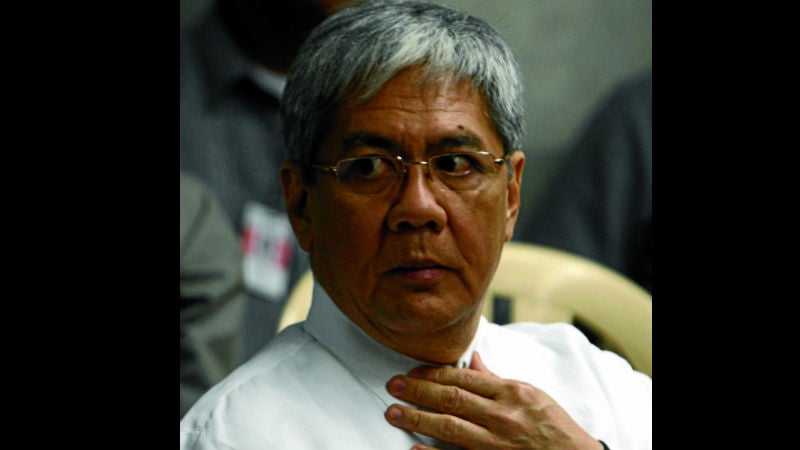 Former Agriculture Undersecretary Jocelyn “Jocjoc” Bolante was tagged as the mastermind of the fertilizer fund controversy that involved the alleged diversion of P728 million in fertilizer funds to the 2004 campaign of then President Gloria Macapagal-Arroyo.

The scam was first exposed in March 2004 by then presidential candidate Panfilo Lacson, who questioned the timing of the release of funds. He claimed that some of the congressional districts on the list of recipients did not even have farmlands.

In October 2005, the Senate committee on agriculture launched an inquiry into the controversy with Bolante as the main witness. However, he fled to the United States before the inquiry could start.

On the request of the Senate, the US Embassy canceled Bolante’s visa and he was arrested and held in the United States. His petition for asylum was rejected by US courts and he was deported to the Philippines on Oct. 28, 2008.

Upon Bolante’s return, the Senate blue ribbon committee launched a new investigation of the fund scam in November 2008.

In his testimony in the Senate, Bolante cleared Arroyo, saying the “implementation of the P728-million farm input-farm implement program was approved by [the budget department] without the President’s approval.”

He also said it was Lorenzo who had authorized him to “download money” for the purchase of fertilizer and farm implements in 2004.

After conducting six hearings with the blue ribbon committee in 2006, Sen. Ramon Magsaysay Jr., chair of the agriculture committee, said that then President Arroyo should be “held accountable” for the mismanagement of the P728-million fertilizer fund that amounted to “premeditated, systematic and agricultural theft.”

In February 2009, the Senate blue ribbon committee concluded its investigation and recommended the prosecution of Bolante and nine others.

It also held responsible Ombudsman Merceditas Gutierrez, whose “gross inaction,” it said, allowed “people to get away with crime.”

In July 2010, amid news of Lorenzo’s return to the country, the Office of the Ombudsman recommended that Lorenzo and Bolante be indicted along with 22 others.

In May 2014, the Ombudsman cleared Arroyo of liability in the scam, saying that allegations of her criminal liability “lack any factual or legal basis.” —INQUIRER RESEARCH