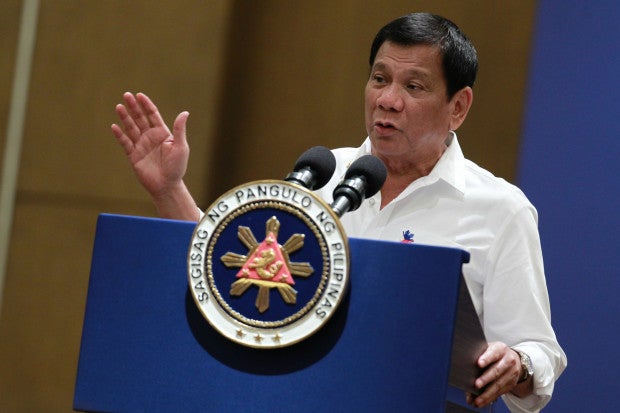 “Kailangan tumulong kayo (You need to help), and you have to report,” Duterte said in a speech in Malacañang.

He said concerned citizens should call the 24/7 hotline 8888 or government channel PTV4 to report illegal activity.

“Just state your statement, and you’re through. You don’t have to mention your name,” he said during the awarding ceremony of the 10 Outstanding Young Men and Women.

“Just let me know [if] there is something brewing in any of the agencies and departments,” Duterte said.

He even suggested to potential callers the use of new sim cards so that the call cannot be traced back to them.

Duterte had promised to eradicate graft and corruption, drugs and criminality when he ran for president in the last May elections.

“Mahirap itong corruption (Corruption is difficult), and I intend to not really stop it because nobody can. Even in other countries in spite or despite of their progress,” he said.

Duterte in November told Energy Regulatory Commission (ERC) executives to resign amid accusations of corruption brought about by the suicide of an ERC director. JE/rga