Duterte:  No Palace plot to unseat Robredo from VP 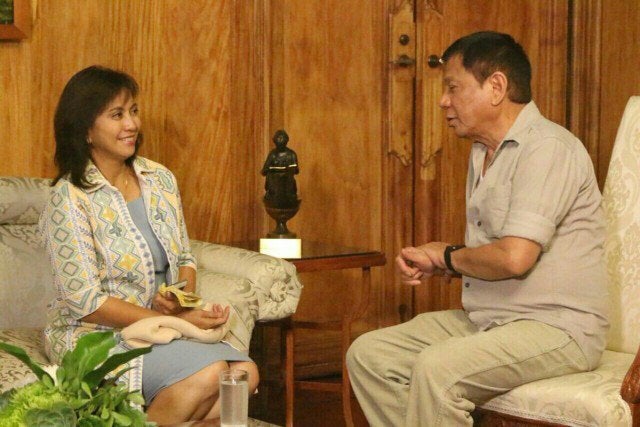 “I assure VP Robredo and the rest of Bicol that you will have her until the end of her term,” Duterte said.

Mr. Duterte was in Albay to lead the groundbreaking ceremony of the landside facilities of the Bicol International Airport in Daraga town.

“There is no such thing as removing the Vice President,” he added.

In her previous statement, Robredo said that the “events of recent days indicate” a plot to steal the vice presidency from her.

Former senator Ferdinand “Bongbong” Marcos Jr. lost by 200,000 votes to Robredo in the May elections.  He has filed an electoral protest seeking a ballot re-count and alleged that the Commission on Elections’ automated election servers were rigged to ensure her victory.

Robredo has said she won fair and square and that Marcos has no basis for his protest.  The case is now with the Supreme Court’s Presidential Electoral Tribunal.

“Salamat. Sana hindi lang sa Bicol niya sabihin. Sana sa buong bansa (Thanks. I wish he would say the same to the entire country not only in Bicol),” she said. SFM/rga