Robredo: I have not read Mocha’s blog, don’t intend to read it 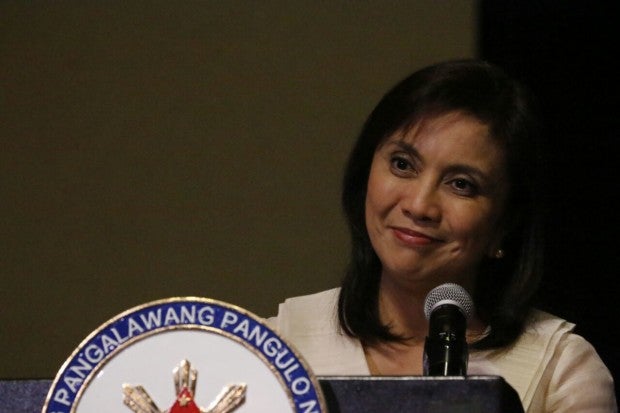 Starlet-turned-blogger Mocha Uson lambasted the second highest official in the country several times on her Facebook page that has over four million followers, but Vice President Leni Robredo does not care.

“I would have to admit that I have not read her blog and I don’t intend to read it,” Robredo said during the Meet Inquirer Multimedia forum with Inquirer editors and reporters on Thursday.

Uson, a staunch supporter of President Rodrigo Duterte, has been criticizing Robredo for “destabilizing the country” by voicing out her opposition against certain policies of the Duterte administration.

But the Vice President is unfazed, saying she doesn’t need her own army of trolls to counter Uson and her false claims against Robredo on social media.

“I don’t think we need to hire trolls because the issues they are creating are self-inflicted anyway,” she said.

Robredo, who also maintains her own Facebook page, said she’s not keen on hiring trolls because there were still many people who shared the same opinion as her.

“Tingin ko kailangan mo lang ng trolls kung kailangan mong humanap ng kakampi. But because marami namang like-minded and pareho nating pakiramdam sa mga bagay, tingin ko hindi natin kailangan sumama sa bandwagon (I think you need trolls only when you need reinforcement. But because there are many like-minded people who share the same views as ours, I think we don’t need to join the bandwagon),” she said./rga