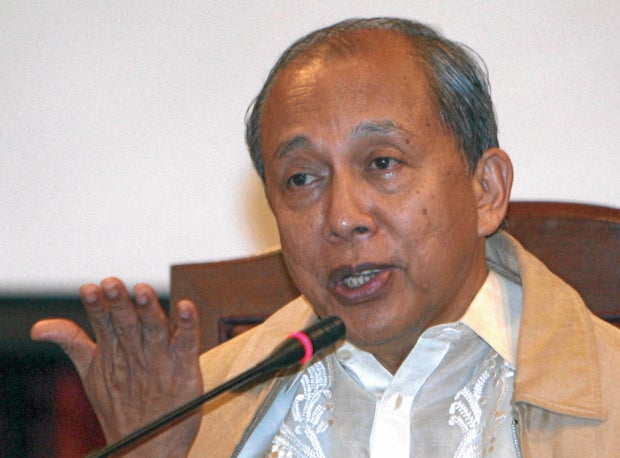 House Minority Leader Danilo Suarez on Wednesday warned President Duterte that the “honeymoon period” given by the minority bloc to him would only be until Dec. 31 this year.

In a press conference, Suarez said that the minority bloc expects the President to start tackling other national concerns that need to be addressed, and not just focus on his war against illegal drugs.

Deputy Minority Leader Ako Bicol Rep. Alfredo Garbin said there are other “wars” that the Duterte administration need to attend to, such as the war against poverty, hunger and underemployment.

Suarez, the Quezon representative whose legitimacy as “minority” leader is being challenged by the Liberal Party led by Rep. Ted Baguilat,  said if the first year of Mr. Duterte’s administration was “bloody” as a result of the war on illegal drugs, next year should be “about other concerns that are equally, if not, more urgent.”

“We look forward to the President pursuing other issues now. We wonder if the administration is adequately prepared to cushion the Philippines during these uncertain and challenging times,” Suarez said.

Aside from the “continued fall of the peso,” Suarez enumerated other problems such as the lack of classrooms and food security.

Garbin said the administration should start focusing on the “gut issues” by next year.

Read Next
Firecracker manufacturers in Iloilo city also hurting from production and trade ban
EDITORS' PICK
The Best Tech Gifts For The 2022 Holidays
EDITORIAL: To a bike-friendly future
Is it safe to talk politics again at family gatherings? ‘The Reconciliation Dinner’ shows us what that’s like
vivo’s coming to town to grant wishes with more holiday promos
Pagasa: Warm, sunny Sunday in most parts of PH
House energy committee chair Arroyo bats for cheap electricity
MOST READ
LOOK: Vhong Navarro transferred to BJMP detention facility in Taguig
The Elephant Man in the Senate
Posh village as ‘shabu’ haven
LOOK: Zanjoe Marudo bonds with Ria Atayde, her family
Don't miss out on the latest news and information.