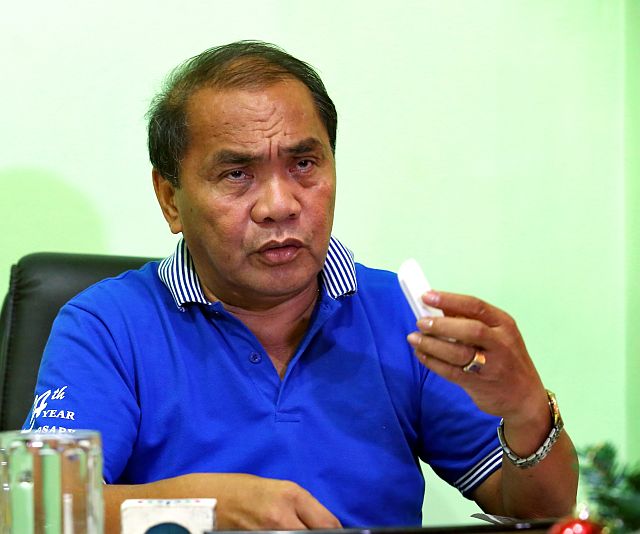 He called a news conference at the Barangay Hall on Monday afternoon to deny the allegation raised in an anonymous complaint filed at the Office of the Ombudsman-Visayas that named him as one of the three village chairpersons who were allegedly drug protectors.

He said that while the drug problem in his barangay has not been eradicated, the village officials have been working to prevent it from worsening.

“If any drug lord or police officer proves that I’m a drug protector, I will resign as barangay captain,” he said in Cebuano.

He said that since he became barangay captain of Ermita in 1997, he has been working to stop the illegal drug trade in the barangay.

“(There’s) only one area (in barangay Ermita), Sitio Bato, (that) has some drug personalities,” he said.

He added that he has been focusing his efforts on Bato  and has been conducting door-to-door visits and clustered gatherings to convince drug personalities to stop the illegal drug trade.

Rupinta said that he was hurt at being labeled as a narco-politician, adding that the complaint filed against him in the Ombudsman, which was also sent to the Office of the President, was just a smear campaign against him.  SFM