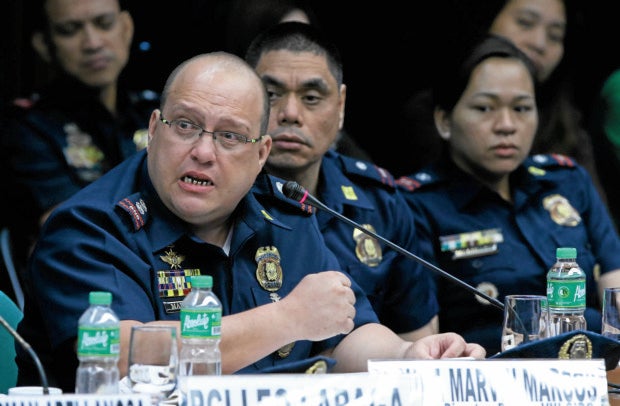 NBI spokesperson Ferdinand Lavin confirmed Monday that Supt. Marvin Marcos, the suspended chief of the Criminal Investigation and Detection Group in Eastern Visayas, was among those facing the multiple murder charge.

“It was filed with the Department of Justice last Friday,” Lavin, who attended the Senate inquiry into the killing of Mayor Espinosa, told the Philippine Daily Inquirer.

Marcos and a unit of the CIDG-Region 8 raided the cells of Mayor Espinosa and another inmate at the Baybay sub-provincial jail last Nov. 5 in search of drugs and firearms there. Espinosa and the other inmate were killed in the police operation after police claimed the men fired back at them.

Senators have described Mayor Espinosa’s killing as “premeditated” based on the suspicious manner by which the CIDG team carried out the raid.  Senators holding a congressional investigation on the killing of Mayor Espinosa later learned that both Mayor Espinosa and his son Kerwin named Marcos and two of his men as being on his payroll.  SFM