DepEd creates support unit to speed up delivery of services, fund use 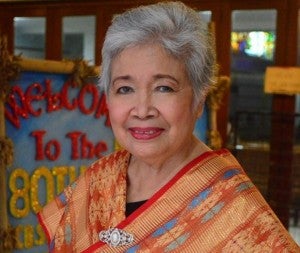 MANILA — The Department of Education (DepEd) is creating a new unit that will help address bottlenecks and financial management pressures that have prevented the agency from delivering basic education services to Filipinos especially in far-flung areas.

Education Secretary Leonor Briones said the creation of the Education Programs Delivery Unit (EDPU) in the DepEd was an “urgent initial step” to provide additional support to the implementation of its programs and operations in light of the hefty budget hikes the agency received in recent years.

The setting up of the EDPU was approved in principle by the DepEd’s executive committee in late October, said Briones.

It is expected to fully operate by the second quarter of next year after the status of DepEd’s overall portfolio of programs shall have been established and the first cycle of delivery program review shall have been completed by March 31, 2017.

In a department order, Briones explained that the new unit would be a “strategic requirement” to keep up with the forthcoming budget increases in the next six years, which would in turn demand major improvements in the DepEd’s delivery of education results.

She said the Duterte administration has committed to raise the Philippines’ education budget to five percent of the GDP by 2022 to align with international standards and to improve student achievement.

For next year, the DepEd has proposed a P567.56-billion budget, a 30-percent increase from the previous allotment. A big bulk of the 2017 budget has been earmarked for the construction of more than 40,000 classrooms, hiring of more than 50,000 teachers and the purchase of over 55 million learning materials.

“Without successful financial management reforms, DepEd will be unable to deliver the expected improvement in basic education services and student achievement despite unprecedented levels of funding, and to sustain stakeholder confidence and trust,” said the DepEd chief.

She said the creation of the EDPU would help eliminate under-spending in the agency without resorting to constitutional violations.

Among its key functions are facilitating and monitoring the agency’s budget utilization to ensure timely delivery of equipment and services for both formal and non-formal education, and conducting delivery performance reviews to identify obstacles that delay the implementation of DepEd’s projects.

Briones pointed out that the concept of setting up delivery units in government agencies had long been adopted by other countries for the purpose of developing a single focus to produce “better results quicker.” SFM