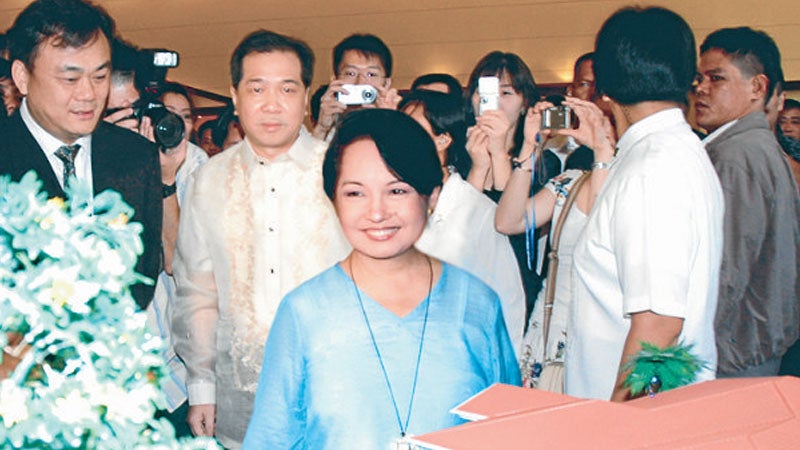 The Chinese gaming tycoon whom President Duterte ordered arrested immediately for bribery and economic sabotage in connection with his illegal online gaming business in the country is still on the lam.

It appears that Jack Lam had already flown the coop when the President on Saturday ordered Director General Ronald dela Rosa of the Philippine National Police and Director Dante Gierran of the National Bureau of Investigation to arrest him.

The gaming tycoon left the country for Hong Kong last week on a commercial flight, according to the Bureau of Immigration (BI).

Mangrobang said no record showed that Lam had returned to the Philippines since he left last week.

After Lam was reported to have fled the country, Justice Secretary Vitaliano Aguirre II said he might issue a lookout bulletin order against him to monitor his movement

“Some are saying he’s still here. Others said he already left the country. I still don’t know (his whereabouts),” Aguirre said.

Amid the uncertainty over whether Lam was still in the country, Dela Rosa yesterday directed all police units nationwide to help track Lam.

“I’m ordering all PNP units to look for and apprehend Jack Lam for the crime of bribery and economic sabotage,” he told reporters.

He said the PNP was also coordinating with the BI to prevent Lam from leaving the country through airports and seaports.

The lawyer of Lam on Sunday said he could not disclose whether his client was still in the country due to “lawyer-client privilege.”

Asked whether he had already talked to Lam, lawyer Raymond Fortun said, “No word from him.”

In a text message to Inquirer.net, Fortun declined to comment on Mr. Duterte’s orders to have him arrested. “No comment,” he said.

But he said his client had “no reason to bribe anyone as his operations are legitimate.”

Lam’s apparent departure came three days after he allegedly attempted to bribe Aguirre at a hotel in Bonifacio Global City on Nov. 26.

Aguirre said Lam, through his representative, had asked him to be a protector of his illegal internet gambling business in exchange for a bribe of up to P100 million a month.

Lam, owner of the Hong Kong-listed Jimei International Entertainment Group Ltd., has denied the accusations, saying he did not have to bribe Aguirre since his company’s gaming activities are all legal.

The bribe offer took place two days after the arrest on Aguirre’s orders of 1,316 Chinese nationals who were running Lam’s online gaming operations without the necessary permits at Fontana Leisure Parks and Casino at Clark Freeport in Pampanga province.

The justice secretary said on Sunday that Lam violated the country’s immigration laws for “coddling” undocumented Chinese nationals who were working in his online casino business.

Aguirre said the casino operator may also be arrested for economic sabotage over his failure to pay correct taxes to the national government.

An arresting team from the NBI was sent to Pampanga on Saturday but failed to locate Lam in Fontana, according to the justice secretary.

No arrest of Lam had been reported in their areas as of Sunday, said Chief Supt. Aaron Aquino, Central Luzon police director, and Noel Manankil, president of Clark Development Corp. —WITH REPORTS FROM JEROME ANING AND MARLON RAMOS