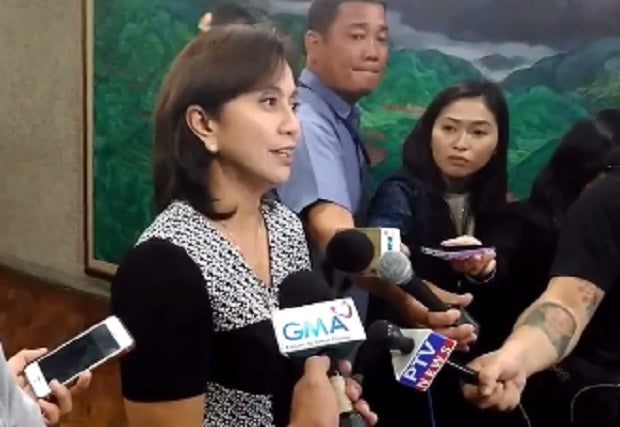 MANILA — Three senators expressed support for Vice President Leni Robredo, on Sunday night, following her decision to resign as a member of the Cabinet of President Duterte who had asked her not attend future Cabinet meetings.

Sen. Antonio Trillanes IV said Robredo’s resignation as chair of the Housing Urban Development and Coordinating Council “was bound to happen” and he said he was “glad it did happen sooner than later.”

“Otherwise, she would have been tainted by the Duterte administration’s politics of death, divisiveness, deceit and impunity,” Trillanes said in a statement.

Equally defending her move were Senators Leila de Lima and Francis Pangilinan who, like Robredo, are with the Liberal Party.

Pangilinan, the LP president, said he was saddened by the development, saying Robredo “should have been treated with greater respect.”

“This conflict would not have happened had the administration given respect and recognitiom to the Vice President,” he said in a statement.

He expressed support for Robredo’s decision to quit the Cabinet after being told by the Palace not to attend anymore the Cabinet meetings.

Like Robredo, Pangilinan said he was against the administration’s move to bury the remains of the late dictator Ferdinand Marcos at the Libingan ng mga Bayani; the revival of the death penalty; the bid to jail children who commit crimes with adults; and shaming women.

“We need all the more to support those who love our democracy. Forces who want the Marcoses to return to power are moving towards that goal. We will not allow this,” Pangilinan said.

De Lima said Robredo was just exercising delicadeza when she resigned from the Cabinet.

“If Vice President Leni feels that by being told not to attend Cabinet meetings anymore, there is already an implicit statement from the President that she has lost his confidence as a Cabinet member, then she is left with no option but to resign that post as a matter of courtesy to the President and delicadeza,” she said.

“So by resigning, VP Leni only shows that she exemplifies delicadeza in public service,” De Lima added.  SFM