Evasco: Robredo not fired, only asked to stop attending meetings 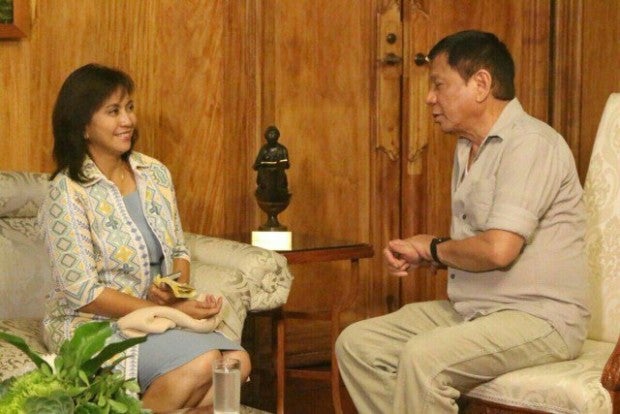 Evasco, however, said that President Duterte was not firing Robredo.

“There was no instruction for her to be terminated in her position. Whatever decision she would take in the future, it will be her prerogative,” Evasco said in an interview over dzMM.

Robredo said she would officially resign from President Duterte’s Cabinet on Monday.

“We received a text message last Saturday from Cabinet Secretary Jun Evasco, Jr., relaying the President’s instruction through Bong Go for me “to desist from attending all Cabinet meetings starting this Monday, December 5,” Robredo said in a statement.

“This is the last straw, because it makes it impossible for me to perform my duties. Hence, I am tendering my resignation from the Cabinet on Monday, December 5, 2016.”

Evasco also said there was no order from Duterte to look for Robredo’s replacement as head of the Housing and Urban Development Coordinating Council (HUDCC).

When told that Robredo had already announced her resignation, Evasco said: “If that is the case then we will be constrained to look for somebody who will handle the HUDCC in her place.”