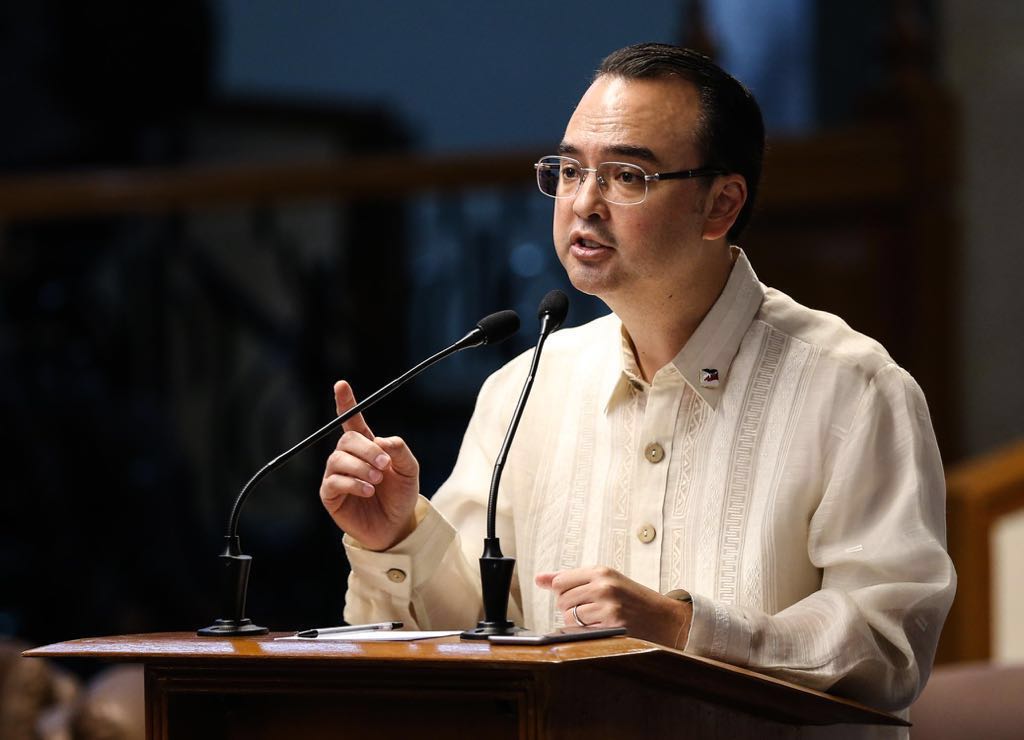 So where in the world is Sen. “Quietano”?

Key administration ally Sen. Alan Peter Cayetano has been put on the defensive after critics questioned his silence over the burial of strongman Ferdinand Marcos at Manila’s heroes’ cemetery, but the usually verbose politician insisted on Friday that he remains opposed to the interment.

Cayetano, who has drawn flak for keeping silent about the burial last month, stressed he had not changed his conviction even as he said his political loyalty to President Rodrigo Duterte trumped whatever role his presence could have contributed if he joined protest marches on the streets.

“The critics just have to accept that I have a different role now. I’m not the administration’s fiscalizer. I am one of this administration’s most ardent supporters,” Cayetano told the Inquirer.

“Sometimes I will disagree, I continue to support but, as the President said, as long as it doesn’t involve corruption. It’s a different matter if the administration is caught for corruption,” he said.

He said he has done his part “as fiscalizer” when he was in the opposition.

“I have my own ways of bringing up to the President what I think is right or wrong, but in the end, he will be the one to decide, because he is the President,” he stressed.

Cayetano said he has made it clear that he was opposed to the burial and had even proposed to change the name of the cemetery to “Libingan ng mga Bayani at Diktador” as early as August.

The lawmaker made such statements in various interviews since June, even before Mr. Duterte took his oath of office.

Cayetano was with the President in Peru attending the Asia-Pacific Economic Cooperation (Apec) summit when the burial was carried out, touching off massive street protests, including by those from the left-leaning groups that backed President Duterte.

“First of all, I haven’t been quiet. I’ve been focused on doing my work and my role in this administration,” Cayetano said.

He said those allied with former President Benigno Aquino III were behind the criticism over his silence as they “want to drive a wedge between the President and me.”

“When some people were silent about the Marcoses, I was in the different forums talking about the accountability of the Marcos family,” Cayetano said, stressing that he was the first to disagree with the burial.

Both Cayetano and the dictator’s son and namesake, Ferdinand “Bongbong” Marcos, lost the vice presidency in May.

“Will the President change his mind if I keep repeating it in his ear? I was advising and helping him in the Apec, so should I ignore the bilateral meetings so I could join the rally?” Cayetano said.