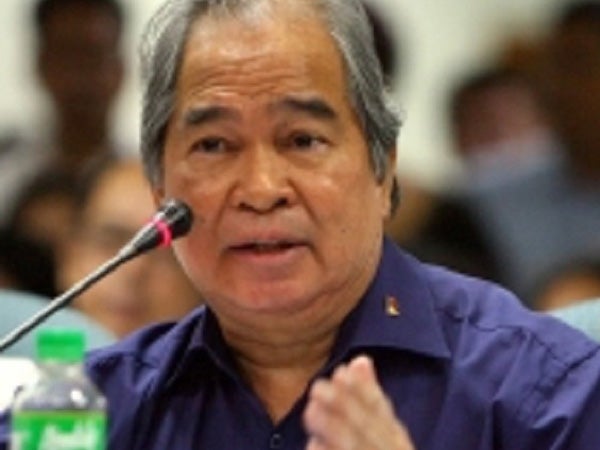 Former Presidential Commission on Good Government (PCGG) chair Camilo Sabio has been formally charged with two counts of graft for attempting to influence his younger brother, the late Court of Appeals Justice Jose Sabio, in an ownership row before the appellate court.

In the information charge, the Office of the Special Prosecutor charged Sabio with two counts of violating Section 3(a) of the Anti-Graft and Corrupt Practices Act for allowing himself to be influenced by a certain Attorney Jesus Santos.

The prosecution charged Sabio on two separate occasions with being influenced by Santos and then talking to his brother, the late appellate justice, upon the lawyer’s request in May 30, 2008.

In the first graft charge, prosecution accused Sabio of allowing himself to be persuaded, induced and influenced when he acceded to Santos’ request to talk to his brother to help the Government Service Insurance System (GSIS) in a case filed against it by the Manila Electric Co. (Meralco) pending before the Court of Appeals.

The prosecution said Sabio’s acceding to Santos’ request ran counter to the Code of Professional of Responsibility for lawyers, a duly promulgated rule by a competent authority.

In the second graft charge, the prosecution accused Sabio of willfully, criminally, and unlawfully persuading, inducing or influencing his brother when he asked him to help the GSIS in the ownership row with Meralco, which was pending in the division chaired by the CA justice.

The prosecution said the act was a violation of the Code of Judicial Conduct for the Philippine Judiciary.

According to the Ombudsman in its indictment, Sabio supposedly told his brother “of the rightness of the stand of the GSIS” in the case and asked him “to help the GSIS, which represents the interest of the poor people.”

Sabio called his brother upon the orders of Santos, a GSIS board member, who asked the PCGG chair to convince his CA justice-brother to rule against the issuance of a temporary restraining order that would favor Meralco.

Sabio asked his brother after Santos informed the PCGG chair that the case had been raffled to his brother in the Court of Appeals, the Ombudsman said.

The PCGG chair was indicted for violating Section 3(a) of the antigraft law that prohibits public officers from “persuading, inducing or influencing another public officer to perform an act constituting a violation of rules and regulations duly promulgated by competent authority or an offense in connection with official duties of the latter, or allowing himself to be persuaded, induced, or influenced to commit such violation or offense.”

The late Justice Sabio was not a respondent in the graft complaint because there was no evidence to show that he had been influenced by his brother, the Ombudsman said.

Former PCGG chair Sabio was recently acquitted of graft and malversation in connection with the charge of pocketing almost P12-million worth of ill-gotten wealth from the Marcos family.

He was cleared of the charges that he embezzled P10.35 million remittances from the Mid-Pasig Land Development Corp. and from the sale of the A. Soriano Corp., both firms sequestered from the Marcoses; and of embezzling P1.5 million cash advances for a trip in Malaysia, which he supposedly failed to liquidate./rga