Man suspected of leaving IED near US embassy arrested 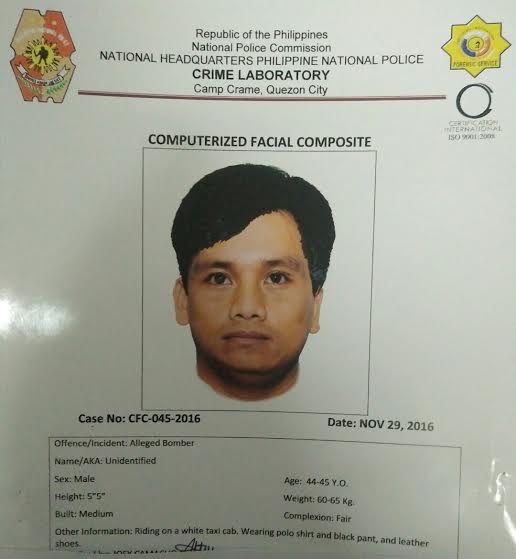 Joint members of the Manila and Bulacan police have arrested the man who allegedly left a homemade bomb near the US Embassy last Monday.

On Tuesday, Philippine National Police (PNP) chief Director General Ronald “Bato” dela Rosa released to the media the composite sketch of the suspect. He was described to be 44 and 45 years old, 5’2”-5’3”-tall, of medium build and fair complexion.

READ: Man who left bomb near US Embassy ‘seen’ in computerized sketch

Dela Rosa said the suspect was driving a white taxi when he stopped near the US Embassy and placed the improvised explosive device in a trash bin nearly 200 meters away from the building. IDL