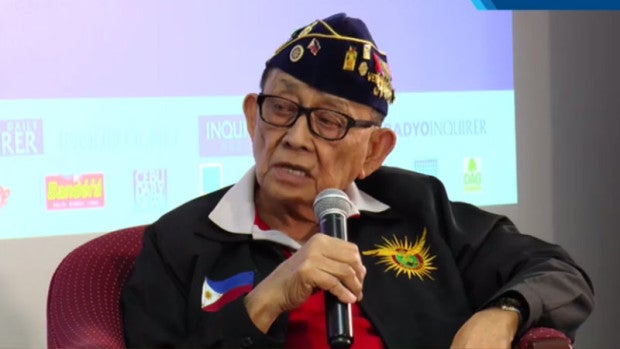 During the Meet Inquirer Multimedia forum with Inquirer editors and reporters on Wednesday, Ramos said he does not see President Duterte declaring martial law because the Filipino people have rejected the idea after a successful uprising against tyranny during the time of the late dictator Ferdinand Marcos.

“You must understand martial law has already been thrown away by our people. So let’s remember that we’ve had two successful people power revolutions,” Ramos said.

“On the other hand, there were nine coup attempts against Cory Aquino during her six years and they were all defeated,” he pointed out.

“And so if there’s another martial law forthcoming, although I don’t see it, they must first consult the old timers,” Ramos said.

Unlike during the time of Marcos, the former President also pointed out that it would be improbable for Duterte to declare martial law since the 1986 constitution has a different rule, which requires the President to report to the Congress immediately after imposing martial law.  TVJ