Sigh of relief then agony of waiting starts for 6,831 bar examinees 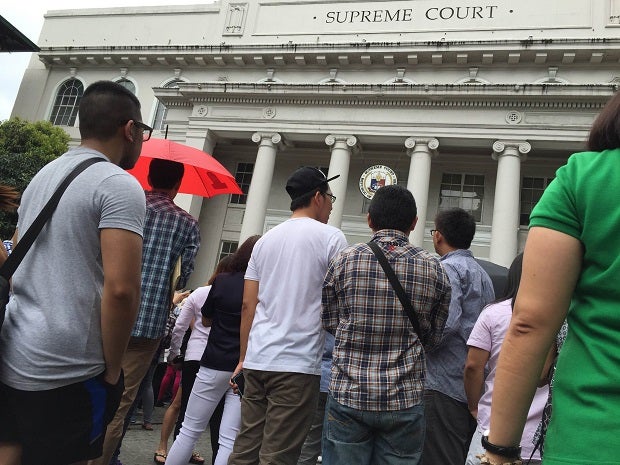 Thousands of law graduates can finally heave a sigh of relief with the end today of the four-week 2016 Bar examinations held at the University of Santo Tomas.

A total of 6,831 admitted candidates took the bar exams this year which began on Nov. 6 and continued for the next three Sundays. Nearly half of the examinees or 3,317 were taking the Bar exams for the first time.

The Bar, the only professional licensure examination outside the Philippine Regulation Commission, is the toughest professional test in the country, with a passing rate that ranged between 16.6 percent and 32.9 percent over the years.

The Bar exam season is notorious for having reports of leakages and this year was no exception, with social media amplifying the rumors and prompting Associate Justice Presbitero Velasco Jr., chairperson of the 2016 bar examination, to come out and deny them.

“These unfounded reports that are being irresponsibly circulated on social media only undermine the efforts of the Bar chairperson to safeguard the confidentiality and integrity of the Bar exams,” Velasco said in a statement.

With the four Sunday exams held at the flood-prone University of Santo Tomas campus on Espana Blvd., the Supreme Court had to deploy shuttle buses at several pick-up points to ferry examiners.