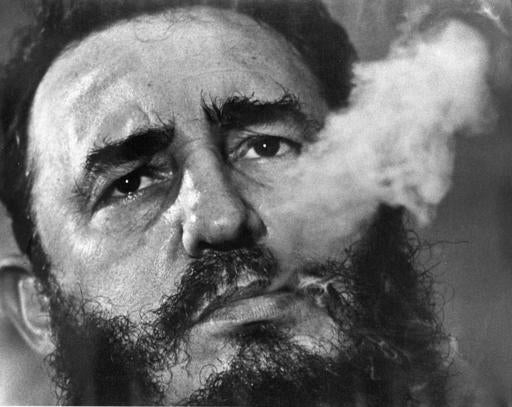 HAVANA, Cuba—His long-winded political rants were legendary. But Fidel Castro also loved burning the midnight oil, the written word, and, ironically, the sport that unites Cuba and its US foe: baseball.

Castro squeezed the maximum out of his 90 years which ended when he died late Friday, getting by on snatched rest, sustained by the passion of his interests and the revolution he nurtured for nearly half a century.

READ: Cuba’s Fidel Castro, who defied US for 50 years, has died

“I will never retire from politics, the revolution or the ideas I have,” Castro said late in his life.

Castro’s legendary late-nightsmanship was a source of constant comment by journalists, biographers and the bemused.

For Castro, it was utterly normal to dine into the wee hours, then hold interviews that stretched on hours as guests slumped over in their chairs.

Some of his closest allies and friends said Castro somehow learned to rest while awake, in a sort of active down-time of chatting, swimming or reading, another passion of his.

“His devotion to the word is almost magical,” wrote a personal friend, Colombian Nobel Prize winner Gabriel Garcia Marquez. He said he was convinced that when Castro is “tired of conversing, he rests by conversing more.” Garcia Marquez died in 2014.

Castro thirsted for knowledge, learning late in life to surf the Internet, even as his government controlled access to it.

His personal library included books by Ernest Hemingway and texts on hydroponics, or growing plants without soil.

There are photos of the day when the only Concorde to visit Havana touched down, and Castro headed to the airport to pepper the pilot with questions about the sleek supersonic jet.

The youthful Castro of the 1950s was fabled for incessant cigar smoking. When he stubbed out the habit, he was awarded a prize from the World Health Organization.

Something of a gourmand, Castro collected cooking recipes which, according to Garcia Marquez, he liked to prepare “with a sort of scientific rigor.” In his later years he went on diets, even as many Cubans struggled to put enough food on their own tables.

The first papal nuncio during his government, Monsignor Cesare Sacchi, taught him how to make pasta.

Maybe because of his high energy, or maybe to work off dinner, Castro was no stranger to the gym and he loved swimming. His great sporting loves, however, were basketball, diving and baseball, Cuba’s national sport.

An inveterate risk-taker, he did not balk at political and military high stakes.

Castro did not take kindly to defeat. When Cuba failed to meet its 1970 sugar harvest target of 10 million tons (there were only eight) he urged Cubans to “turn misfortune into victory.”

“In my next incarnation I want to be a writer,” Castro was once quoted as saying. He wrote many short pieces and editorials but his books are mainly compilations of his speeches.