Thousands turn up for anti-Marcos protest at Luneta amid rains

Organizers said they were happy that many people came despite the weather and “disinformation online.”

“We were being trolled. We were being intimidated,” Bagong Alyansang Makabayan secretary general Renato Reyes said of the online posts criticizing the planned protest. 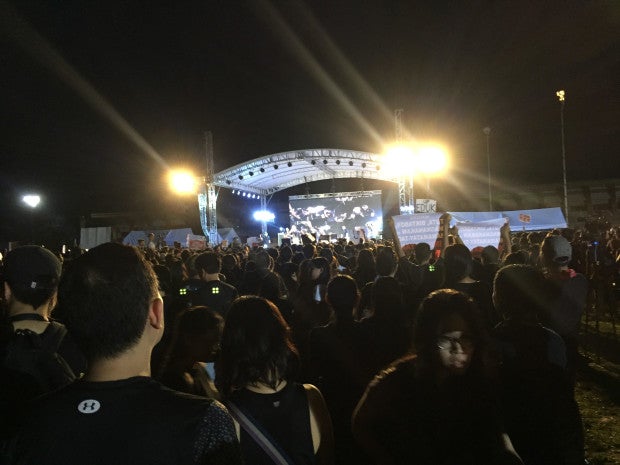 Despite the rain, thousands gather at Luneta on Friday to protest the burial of former President Ferdinand Marcos at the Libingan ng mga Bayani. KRISTINE SABILLO

Students from various universities in Manila and nearby provinces carried “creative placards” that appealed to their fellow millennials.

Performances included a skit by Mae Paner (aka Juana Change) who came out as former first lady Imelda Marcos. 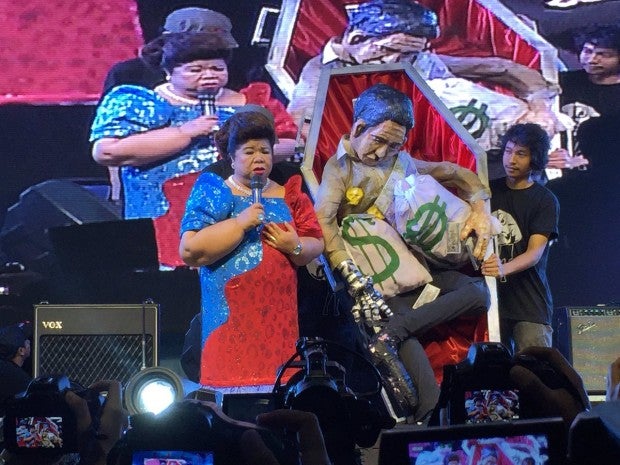 Mae Paner (aka Juana Change) as Imelda Marcos at an anti-Marcos protest in Luneta. Photo by Kristine Sabillo/INQUIRER.net

“Despite all their dirty tricks, the people still came out. They wanted to be seen here, they wanted to be counted, among the many voices opposing the Marcos burial,” Reyes said.

“I think is very significant because this gives us a preview of what is to come, that the people will not sit idly by and allow a Marcos restoration,” he said. “Because suddenly the prospects of having another Marcos at the highest position in government has gotten very very real after the Supreme Court decision.” 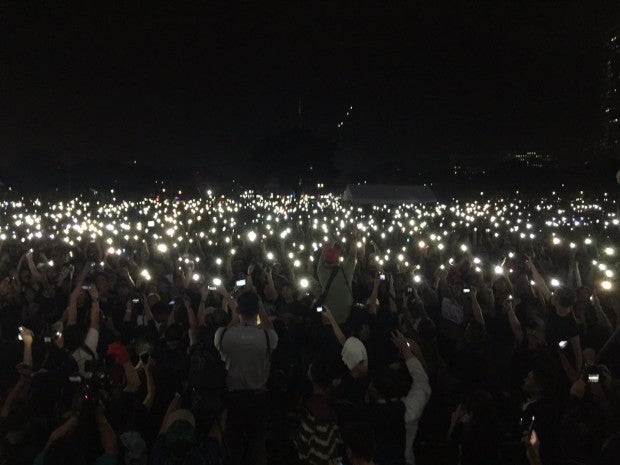 Reyes said they hope the people, especially the youth, will continue to join the protests.

“The people here are the only thing standing between the Marcoses and Malacanang,” he said.

Reyes said they are somehow “assured of the future” because of the large turnout of students.

Some personalities spotted at the event are Serge Osmeña, the Tañada family and actress Pinky Amador. Lawmakers from progressive party-list groups were also present. 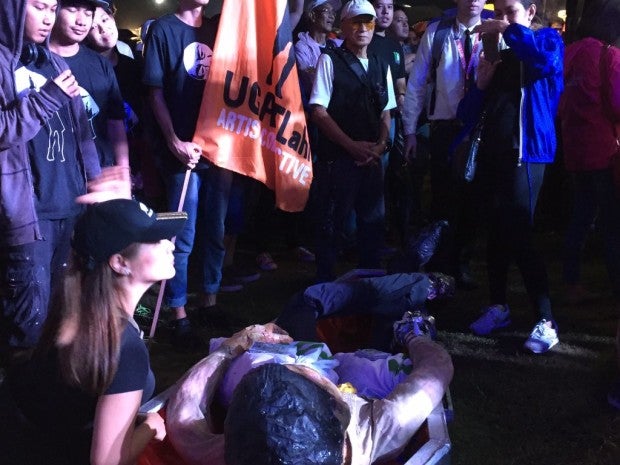 Actress Pinky Amador poses with an effigy of Ferdinand Marcos at a rally in Luneta. Photo by Kristine Sabillo/INQUIRER.net 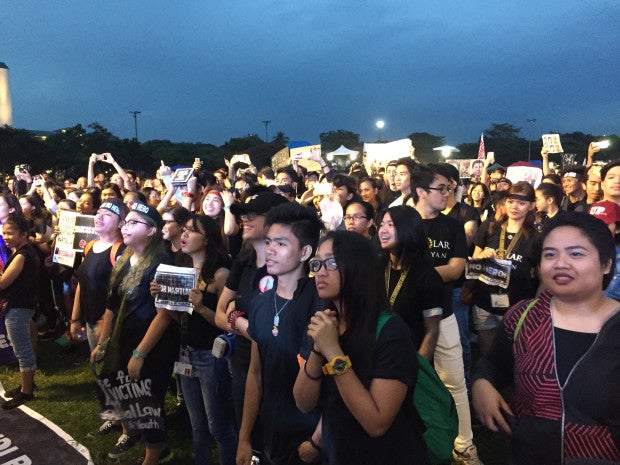