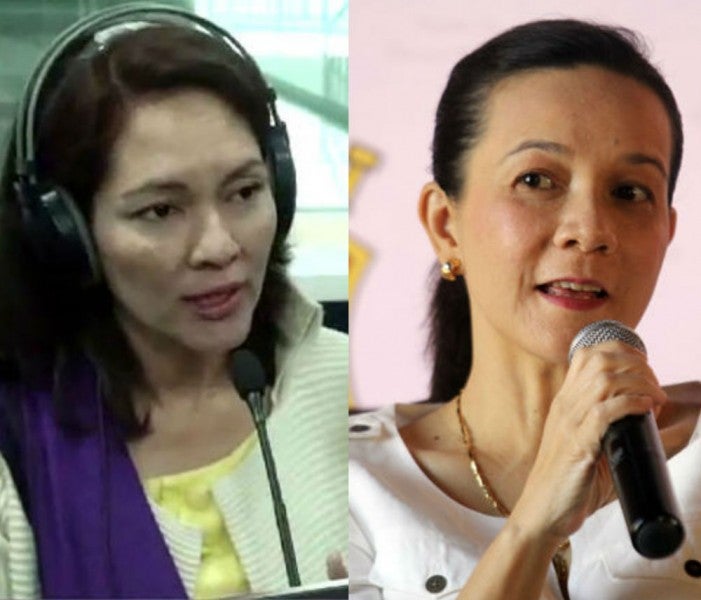 Sen. Leila de Lima on Friday gained the support of her colleagues in the chamber as they decried the misogyny, sexism and voyeurism that several members of Congress exhibited at the House inquiry into the drug trade at the national penitentiary.

“In recent political events, we watched in dismay and anger as powerful male leaders uttered derogatory pronouncements objectifying and ridiculing women,” Poe said in a speech at a business breakfast forum of the Australia-New Zealand Chamber of Commerce Friday morning.

She said questions that certain lawmakers threw at Dayan amounted to voyeurism.

“A lot of the questions were geared towards voyeurism—national voyeurism as opposed to ‘in aid of legislation.’ And this is quite upsetting … We understand that a lot of things have to be investigated but I think that the details of certain personal affairs should not have been discussed,” Poe said in her speech that tackled the role of women in society.

Sen. Risa Hontiveros said the House of Representatives “hit the lowest of the low” during Thursday’s hearing, calling it “a public lynching in aid of misogyny and sexism.”

“Members of the committee were grossly unparliamentary. Their derogatory line of questioning did not aim to shed light on the issue of the drug trade in our prisons. They were meant to humiliate and shame Senator De Lima for her association with a certain man, or her past relationship,” said the lawmaker of the Akbayan party, who ran alongside De Lima under the Liberal Party ticket.

De Lima has several times denied the drug allegations, saying they were just part of efforts to pillory her for her fierce stance against President Rodrigo Duterte’s bloody war on drugs.

Hontiveros said the legislators’ conduct tended to reinforce “the despicable culture” of misogyny seen “both online and off.”

Hontiveros lamented how, despite global advances in the movement for gender sensitivity, a woman’s integrity and reputation could be “undermined by unreasonable, traditional and conservative expectations of women’s conduct in romantic and even sexual relationships.”

“It is even more shameful that this nation’s supposed leaders, elected representatives of the Filipino people, made the shaming of women a political strategy and a spectacle in the ‘honorable’ chambers of Congress,” she said.

Hontiveros also cited the elitism that several lawmakers showed in grilling Dayan about his relationship with De Lima, even at one point asking him to describe the intensity of their romance and using phrases with double meaning.

“It assumes that people of a certain social and political stature shouldn’t or couldn’t enter into relationships with people belonging to a different social class, and should be the subject of ridicule,” said Hontiveros./rga