Were Marcos’ remains taken from mausoleum during a free concert? | Inquirer News

Were Marcos’ remains taken from mausoleum during a free concert? 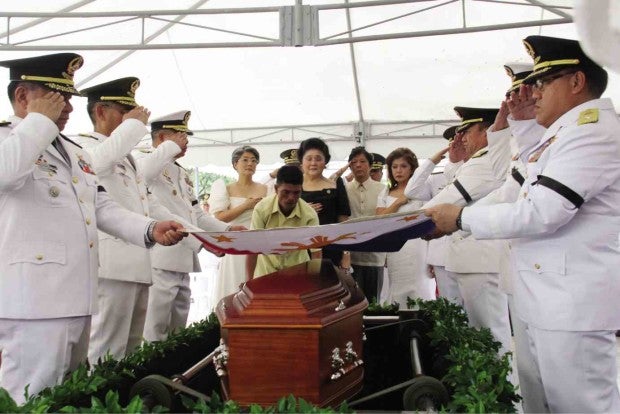 BATAC CITY—How did a whole town not know the remains of the dictator Ferdinand Marcos were flown to Taguig City and buried at Libingan ng mga Bayani on Nov. 18?

The night of Nov. 17 was rowdy and busy. Manila-based bands like SpongeCola and Rocksteddy played at a free concert at Imelda Cultural Center and open grounds for the birthday celebration of Batac Mayor Edward Chua.

As giant speakers blared songs performed for hundreds of people, a police patrol car, a hearse and an unmarked vehicle entered the back entrance of the Marcos ancestral house and museum in Barangay Lacub here.

The Marcos complex occupies a whole block, separated only from the park by Quiaoit River to the west.

Beneath the ancestral house lay the stone mausoleum that housed Marcos’ body, which had been preserved for 23 years since it was flown back here from Hawaii in 1993. Marcos died in Hawaii in 1989 where he went into exile after he was ousted in 1986.

Most residents were tight-lipped about the burial that has sparked outrage and a series of protest actions from martial law victims and activists.

But some admitted seeing the body being retrieved from the mausoleum, before it was loaded onto a hearse and flown to Taguig on an Air Force helicopter.

A government employee, who asked not to be named, said the three-vehicle convoy arrived shortly before midnight on Thursday, escorted by a police car from Laoag City.

“I was awakened by the continuous barking of our dogs, which I knew to be unusual,” said a resident, who also asked not to be named.

From her window, she saw the vehicles turn at the street corner and enter the Marcos compound, with the hearse parked near the entrance to the mausoleum.

Soon, the compound became busy with people loading something heavy into the hearse, she said.

Accounts differ, however, on the time the convoy left. A witness said it was about 2 a.m. on Nov. 18 when she woke up to check on her son, who had not arrived home.

After the convoy left, the whole compound fell into silence, the witness said.

Another source said the convoy drove to the house of Gov. Imee Marcos, eldest daughter, in Laoag City, which is located near Laoag International Airport.

Reports said the body was loaded onto one of two helicopters parked at the governor’s place.

The stunt surprised most residents here. Many who spoke to the Inquirer said they held prayer vigils for the late strongman on the night of Nov. 17.

“Every night, [the area surrounding the Marcos compound] had been really busy with people and vehicles. So, that night when the body was brought out, it would have really been as busy like any other night,” said Elizabeth Ramos, 39, who sells Marcos souvenirs outside the complex.

In keeping with Ilocano tradition, residents and supporters had been holding nightly vigils for nine straight days,

While the city government was notified about the impending burial of Marcos at Libingan, Chua said the Marcos family had not provided details as to when and how this would be carried out.

He said residents and supporters were told to prepare for burial “any time,” after the Supreme Court ruled in favor of Marcos’ burial at Libingan.

Chua, however, dismissed insinuations that the free concert for his birthday was a misdirection so the people would not notice the transfer of Marcos’ remains.