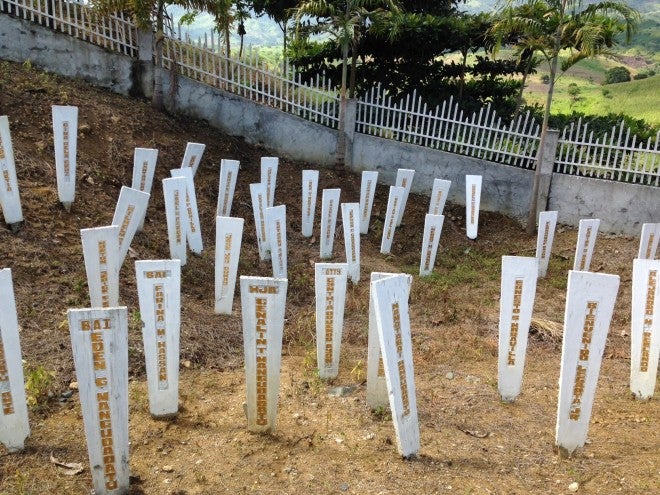 Malacañang on Wednesday acknowledged the slow pace of justice for the victims of the Ampatuan massacre and vowed to keep journalists safe through various measures.

“Seven years after the gruesome massacre happened in 2009, justice remains elusive to the victims and to their loved ones,” a statement from the office of Communications Secretary Martin Andanar said. “The nation thus feels a sense of outrage by the turtle-paced grind of the judicial process.”

Wednesday, November 23, marks the seventh year of the Ampatuan massacre when a group of 58 people, including 32 journalists were massacred by armed men in Ampauan town, Maguindanao. Of the 197 accused, 114 have been arrested. Of these, 112 have been arraigned.

The statement said “protecting journalists and ending the impunity of killings amongst the members of the Fourth Estate require serious action and cooperation of all.”

It highlighted the Freedom of Information (FOI) policy of the executive and the task force created to look into the cases of media killings and harassment.

President Rodrigo Duterte earlier signed Executive Order no. 2 “operationalizing in the executive branch the people’s constitutional right to information and the state policies to full public disclosure and transparency in the public service.”

Andanar’s office said the administration will roll out the online version of the FOI order on November 25, Friday.

It said the Presidential Task Force on Media Security has already submitted to Duterte its inventory of cases of media violence that will “serve as the benchmark for assessing progress in each case.”

The task force will come up with its first report on April 2017 and will be followed by other reports every six months after.

“Through these twin government initiatives, we hope to make the Philippines known not only for its vibrant democracy where freedom of the speech and of the press reign supreme but also a safe place to work for members of the media and journalists,” the statement said. IDL