Bato taunts De Lima: How did you know Kerwin will die like his father? | Inquirer News

Bato taunts De Lima: How did you know Kerwin will die like his father? 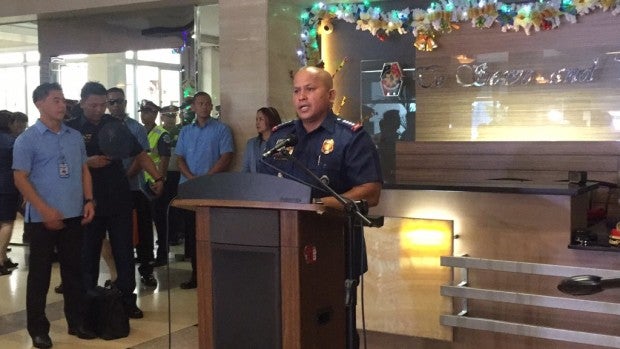 “Mabuti pa siya at alam niya na mamamatay si Kerwin. Ako hindi ko alam kung mamamatay but ang alam ko (How did she know that Kerwin will die? I don’t know if he will die but all I know is) we are doing our best to secure Kerwin Espinosa. Over our dead bodies kung mamatay siya,” Dela Rosa said in a press conference at Camp Crame on Monday.

(Why does she think that way? The whole organization, 160,000 of us, if there are scalawags among us who want to kill Kerwin, it’s too small compared to the entire PNP. How did she know that Kerwin will die? I don’t know. All I know is we are doing our best to protect him.)

Last Nov. 5, the Espinosa partiarch was killed inside the Baybay City sub-provincial jail when the police searched his cell for illegal firearms and drugs.

This prompted the Senate to open an inquiry on the death of Espinosa, despite his cooperation with the local police in his area, at the hands of the police.

De Lima is one of the ranking government officials the elder Espinosa implicated in his son’s drug trade.

On Sunday, De Lima warned Kerwin, tagged as the biggest drug lord in Eastern Visayas, not to assume that his cooperation with the authorities will spare him from being killed.

“Don’t ever think that your ‘cooperation’ will spare you your life. Sooner or later this government is going to make sure you end up like your father,” De Lima said of Kerwin.

Asked if De Lima was among those Kerwin named as drug protector in his affidavit, Dela Rosa declined to elaborate as he did not want to preempt Kerwin’s revelations.

But what is sure, according to Dela Rosa, is that Kerwin transacted with many politicians during the campaign period for the elections last May.

“Basta sure si Kerwin may mga politicians na sinuportahan (Kerwin is sure that they supported some politicians) on many occasions during the campaign. Maraming beses hiningan siya ng pera. ‘Yun nga lang staggered (He was asked to give money in many instances. It was only staggered),” he said.

Kerwin is currently under the custody of the PNP’s Anti-Illegal Drugs Group (AIDG) while it is gathering information from the drug suspect.

He is also set to appear before the Senate when the probe on his father’s death resumes on Wednesday./rga