DAVAO CITY – The new chief of the National Electrification Administration (NEA) has vowed to help President Duterte’s program of bringing development to the countryside by energizing the farthest communities and pushing for lower prices of electricity.

Edgardo Masongsong, former party-list representative for electric cooperatives who was appointed administrator of the government’s electric cooperatives regulator last Nov. 18, said Sunday his office would prioritize “bringing light to the barrios (villages) because there is a correlation between access to electricity and improved incomes.”

“Household access to electricity in rural areas is associated with a 36-percent increase in per capita income, so you can see the role electricity plays in uplifting the lives of our countrymen,” Masongsong, quoting a study by the Philippine Institute for Development Studies (PIDS), said in a statement.

In his recent visit to Central Mindanao, one of the country’s most impoverished regions, Mr. Duterte had emphasized the need to improve such areas through rural electrification.

Masongsong said one of NEA’s thrusts in his first 100 days as administrator would be the intensified implementation of the Sitio (Sub-village) Electrification Program (SEP) and Barangay Electrification Program (BEP) in coordination with electric cooperatives across the country, and the government through the Office of the President, Department of Energy (DOE) and Department of Budget and Management (DBM).

The NEA chief said his office would also push for measures to reduce power rates by addressing factors that affect electricity rates, such as generation and transmission; distribution and supply costing;
governmental charges like value added tax (VAT); and subsidies to so-called life-line consumers, among others.

“As a former legislator, I believe my experience in Congress will help me work with my former colleagues so we can introduce measures that will lower power rates and make the country more attractive to investors,” said the former head of Bukidnon II Electric Cooperative Inc. (Buseco) and representative for Consumer Alliance for Rural Energy (1-Care).  SFM/rga 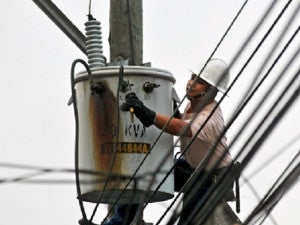 Read Next
Bato scores Robredo over Marcos burial
EDITORS' PICK
Nestlé Philippines’ ‘NESCAFÉ Plan’ bags Grand Anvil at PRSP 56th Anvil Awards
Smart reinforces superiority with best speed and mobile video experience in PH
Every Filipino home can now be a smart home with realme TechLife
New 3,045 COVID-19 cases push PH total active cases to 40,074
LTO’s P500-M deal for screws draws scrutiny
How to lose a PH genius: Wesley So officially a US citizen
MOST READ
US lays out list of aid to ‘satisfy’ Duterte following VFA payment demand
How to lose a Filipino genius: Wesley So officially a US citizen
Robredo on Sara Duterte leading poll surveys: Why are Filipinos drawn to leadership of this kind?
Kris Aquino dispels rumors on son Josh getting married, thanks Ogie Diaz for defending him
Don't miss out on the latest news and information.