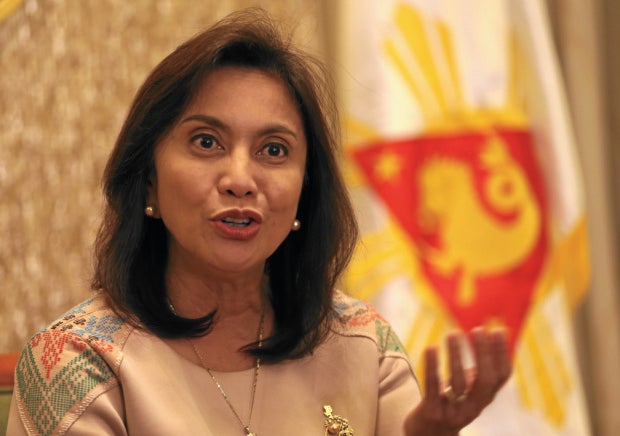 Authorities have placed the country’s economic growth at risk by shoving aside the rule of law to pave the way for the sneak burial of dictator Ferdinand Marcos at the Libingan ng mga Bayani on Friday, Vice President Leni Robredo said yesterday.

‘‘The risks we face now as a country have to do with divisiveness and senseless disregard for rule of law,” Robredo said in her keynote speech before the Philippine Investment Retail Conference.

She said that even as the country logged the fastest economic growth in Asia, at 7.1 per cent, for the third quarter of the year, “there are, however, storm clouds in the horizon.”

Noting that the Supreme Court’s Nov. 8 decision to dismiss the petitions against the burial has yet to become final and executory, Robredo said it was disturbing that the burial pushed through “in coordination with some government agencies who have participated in disregarding a judicial process.”

“There are sectors in our society who insisted on carrying out this act, and therein lay the risk. Such divisiveness and political turmoil distract our economy from the work that would bring growth,” she said.

“And ultimately, it is those that are at the fringes of the economy—the last, the least, and the lost—who are the most vulnerable,” she said.

Robredo stressed that the issue of the Marcos burial will always be relevant under the 1987 Constitution, which is anchored on social justice.

“We cannot talk seriously about the Philippines’ growth prospects without considering as well the depth and scope of our country’s history. To truly move forward, we must hold a deep reverence for the past, and the truth of its sorrows and victories,” she said.

‘‘The Filipino poor are not faceless facts. Only by respecting the dignity of each person can we hope to empower them and transform them into our co-equals in reform,” Robredo said.

The high court’s decision lifted the status quo ante order that suspended burial preparations since August and prevented the Marcos family from burying the dictator’s remains in time for his 99th birth anniversary on Sept. 11.

But the National Union of People’s Lawyers (NUPL) on Saturday that while it had yet to file an appeal, the judicial process remains ongoing since it filed on Nov. 11 an “extremely urgent motion to hold in abeyance and/or issuance of new status quo ante.”

NUPL President Edre Olalia said ‘‘no official action or information was ever received” on the motion “despite our repeated queries.”

At the time, they had yet to receive a copy of the decision. NUPL, which represents Campaign Against the Return of the Marcoses to Malacañang, Samahan ng Ex-Detainees Laban sa Detensyon at Aresto, and two former Bayan Muna party-list representatives, said it still had until Nov. 26 to file their motion for reconsideration.

Olalia added that they intend on Monday to file a motion seeking to cite the Marcos family, the military and the police for contempt “for their bad faith and premature execution of a decision that has yet to become final and executory.”/rga