Marcos timeline from birth to burial 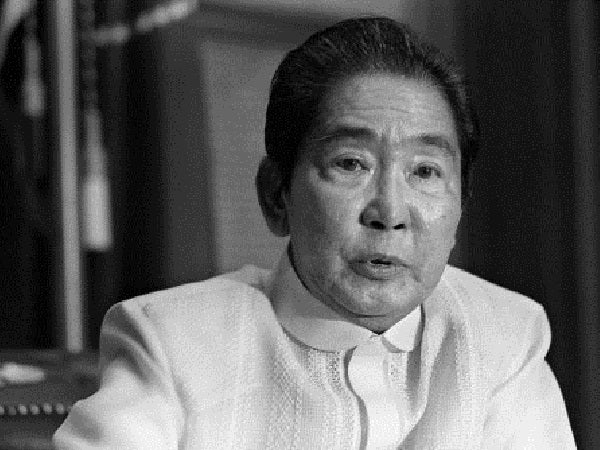 Sept. 21, 1972. Marcos signs Proclamation No. 1081 which imposes martial law nationwide. A day after the actual announcement on Sept. 23, about 100 of 400 personalities are detained in Camp Crame. The military shuts down mass media, flights are canceled, incoming overseas calls are prohibited and curfew is strictly enforced. Marcos subsequently issues General Order No. 1, s. 1972, transferring all powers to the President who is to rule by decree.

Jan. 17, 1981. Marcos signs Proclamation No. 2045 to lift the implementation of martial law ahead of the first papal visit of Pope John Paul II in February.

Feb. 22, 1986. Millions of Filipinos converge on Edsa to overthrow Marcos

Feb. 25, 1986. Marcos and his family, together with some government officials, flee Malacañang for Clark in Pampanga before going into exile in Hawaii.

Sept. 7, 1993. Marcos’ remains arrive in Laoag City, Ilocos Norte. No military honors are accorded. Later, his remains are preserved in a crypt at the Marcos mansion and mausoleum in Batac, Ilocos Norte.

June 2011. After conducting a survey by text and e-mail on the issue in April, Binay recommends to Aquino that Marcos be given full military honors and buried in Ilocos Norte.

May 23, 2016. Fulfilling his campaign promise, President Duterte says he would allow the burial of Marcos at Libingan not because the latter was a hero, but because he used to be a soldier, adding that the contentious issue “has long created a division among our people.”

Aug. 22. Ninoy Aquino Movement, led by its chair Heherson Alvarez, and other groups file a petition with the high court to stop Marcos’ burial at Libingan.

Aug. 31. SC justices zero in on the question whether Libingan is a cemetery for heroes or a memorial for soldiers during the first day of oral arguments.

Sept. 7. On the second day of oral arguments, presenters of Marcos’ case claim that Duterte’s move to have the dictator buried at Libingan is a political decision and the “emotions and feelings of the victims have no relevance” to the case.

Oct. 18. SC extends the effectivity of the status quo ante order until Nov. 8.

Nov. 8.  The high tribunal, voting 9-5 with one abstention, dismisses the petition filed by anti-Marcos groups and personalities to block Mr. Duterte’s order.

Nov. 14. The Senate fails to adopt Senate Resolution No. 86 by Sen. Risa Hontiveros seeking to express the sense of the chamber that Marcos was unfit to be buried at Libingan. Eight senators voted for the resolution, six voted against it while six others abstained from voting. —COMPILED BY INQUIRER RESEARCH

Read Next
Train ride to Bicol ‘bumpy’
EDITORS' PICK
Geek out at TOYCON 2022 powered by Smart Signature
UK’s Boris Johnson will resign, BBC reports
High inflation: Your P1 is now worth only 87 centavos
High-risk pregnancy: Reducing your risk is in your hands
Unemployment rate up to 6% in May
House energy committee chair Arroyo bats for cheap electricity
MOST READ
Suspect in grisly killing of missing woman in Bulacan arrested
Kim Atienza’s daughter flaunts bikini body in response to critics of her ‘revealing photos’
Cop slain in Isabela ambush
FDA probes popular Filipino noodle brand for ‘high level of ethylene oxide’
Don't miss out on the latest news and information.