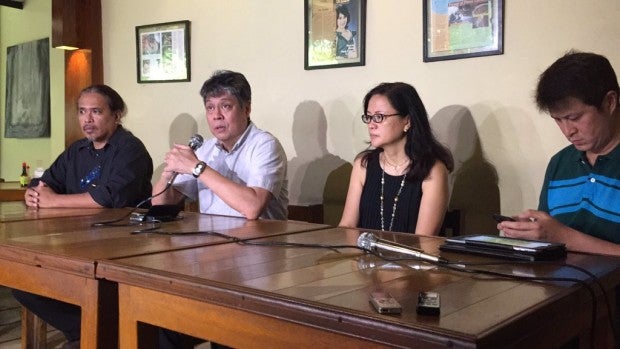 Senator Francis “Kiko” Pangilinan on Friday said President Rodrigo Duterte should be held “politically” accountable for allowing the burial of the dictator Ferdinand Marcos at the Libingan ng mga Bayani.

In a press conference in Quezon City hours after the hero’s burial of the dictator, Pangilinan, the acting president of the LP, said the President obviously knows about the scheduled burial on Friday, which surprised militants and reporters.

“Politically, he should be held to account to this. The Supreme Court did not rule against him. And he provided for the opening for this to happen. Ultimately, they are responsible for what happened,” Pangilinan said.

READ: Duterte on hero’s burial for Marcos: No emotions, just the law

The LP leader said with the mounting protests, he hopes President Duterte changes his mind about supporting Marcos’ burial.

(Ultimately, if the people oppose this move strongly, President Duterte may change his mind.)
Pangilinan however clarified that Duterte’s support in allowing a hero’s burial for Marcos is not enough reason for the LP to bolt out of the majority coalition in Congress supportive of the administration.

Pangilinan said the party would continue to fight even if it means exhuming the remains of the dictator at the Libingan ng mga Bayani.

“Kikilos tayo hanggang abot ng ating makakaya para maiwasto itong hindi tamang pangyayari (We will continue to act to the best of our abilities to correct this mistake),” said Pimentel, a student activist during the martial law years.

Pangilinan said the LP would meet later to discuss its plans for joining the mounting protests across the metropolis.

But he said he would go to different schools to get the support and converge at the People Power Monument Friday afternoon.

“We will help to undo this injustice inflicted upon the victims of martial law. We will tirelessly work to reverse and undo this burial at the Libingan ng mga Bayani,” Pangilinan said.

“We will protest, we will really work until we can undo what has been done and to have him removed at the Libingan, and transferred elsewhere because he does not belong there,” he added. IDL/rga