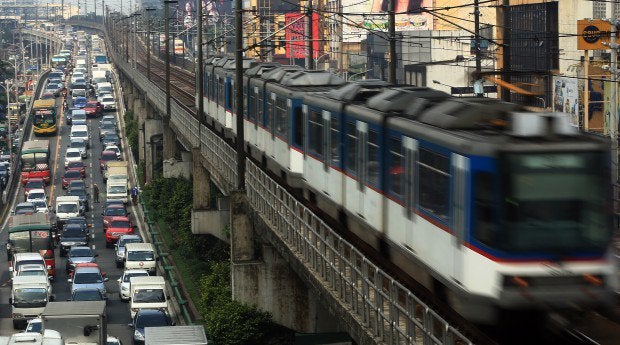 MANILA — The Korean-backed maintenance provider of the Metro Rail Transit Line 3 said it has been working “double time” to replace train tracks and the MRT-3 signalling system to ensure less disruptions ahead of the busy Christmas holidays.

Under its contract, Busan Universal Rail Inc. will replace the entire signaling system within 24 months.

This is to upgrade and further boost the safety standards of MRT-3. BURI also said 52 cars underwent bogie inspections and all bogie frames with cracks were replaced with spares. Defective motors and as well as aircon compressors were also replaced.

“We know how important it is for commuters to have fast, safe, and secure transportation during the holiday season,” Charles Mercado, spokesperson of Busan Universal, said in a statement.

He noted that the company already went beyond its target in delivering the maximum serviceable number of cars since its service contract started on January this year. To date, it has put 65 cars in “good” running condition or 20 trains plus one train set and two spare cars.

Mercado noted that given the age of the system at nearly 20 years, breakdowns and temporary shutdowns could still happen even with regular and proper maintenance and calibration.

Their job is to keep instances of breakdowns to a minimum, according to Mercado.

Busan Universal called rail repair and maintenance crucial components of operations, and noted that poor maintenance in the past had resulted in damage to train cars.

Under BURI’s service and maintenance contract, it is to undertake system maintenance, a general overhaul of 43 coaches, total replacement of signaling system, and special repair works.

Meanwhile, delivery of 48 new wagons from China will be completed by early next year. These will add to the 72 existing wagons in service.

New ancillary systems should be done by the end of 2017, and a new signaling system, which is a key safety feature, will be complete by early 2018.  SFM