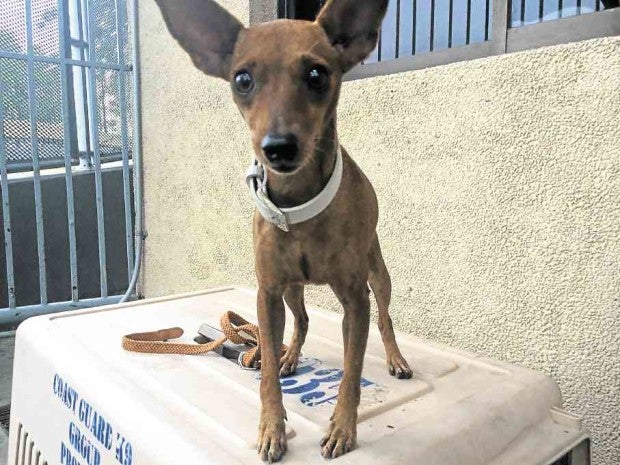 Have you seen my owner? —Jeannette I. Andrade

A stray dog believed to have been accidentally left behind by his owner at Ninoy Aquino International Airport (Naia) was rescued by security personnel on Monday afternoon.

The miniature pinscher was earlier spotted dodging vehicles and running around the Naia Terminal 1 parking area.

Reynon Flores, head of the Manila International Airport Authority (Miaa) lost and found section, said that the dog might be owned by one of the thousands of well-wishers who saw their loved ones off at the airport.

The mini pinscher could have jumped out of the vehicle of his owner who failed to notice he was missing, he added.

According to Flores, a member of the K9 unit who was worried that the dog might be run over by vehicles caught him and turned him over to the lost and found section.

Flores said the K9 unit could not take care of the canine as he might agitate the bigger police dogs. However, they donated a cage and food to tide the mini pinscher over until he is claimed by his owner.