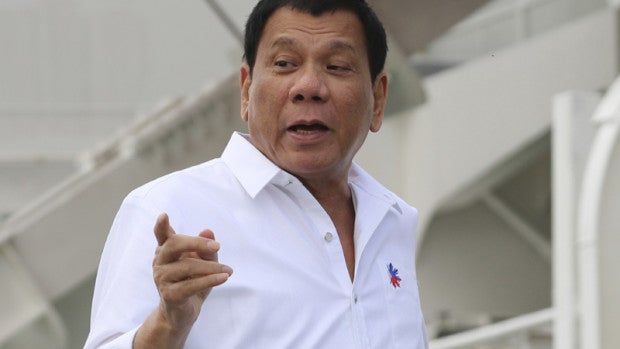 MANILA — President Duterte would resort to “more drastic action” by suspending the writ of habeas corpus if perpetrators of “lawless violence” in Mindanao continued to pose danger to the public, Malacañang warned.

In a statement Monday, presidential spokesperson Ernesto Abella maintained that Article VII, Section 18 of the 1987 Constitution gave the President the authority to lift the writ “in case of invasion and rebellion.”

His rather strongly worded statement seemed to run counter with the remarks of Presidential Communications Secretary Martin Andanar, who tried to downplay Mr. Duterte’s threat by saying that the suspension of the writ was merely “an idea.”

“While police action continues to be the instrument for ensuring peace and order, the President reminds the affected populace and perpetrators of lawless violence that it may take more drastic action, if and when necessary,” Abella said.

He said Mr. Duterte’s statement “serves as a stern warning to lawless elements that he would use his executive powers in accordance to what the Constitution allows.”

He also pointed out that the Chief Executive has not revoked the order declaring a state of lawless violence in the entire country following the bombing in Davao City last September, which left 15 people dead and 70 others wounded.

“As we are under a state of emergency on account of lawless violence in Mindanao, and should conditions are in place that demand it, the President may have this option,” Abella stressed, referring to the lifting of the writ of habeas corpus

Abella’s statement only mentioned the security situation in Mindanao, where the Abu Sayyaf faction Maute Group has been sowing terror in Lanao del Sur province.

It did not say if the President’s threat to suspend the writ of habeas corpus was also due to the government’s anti-drug war as Andanar had claimed.

“His mention about the suspension of the writ of habeas corpus, I believe, is pertaining to our problem on illegal drugs,” Andanar said in a radio interview on Sunday.  SFM