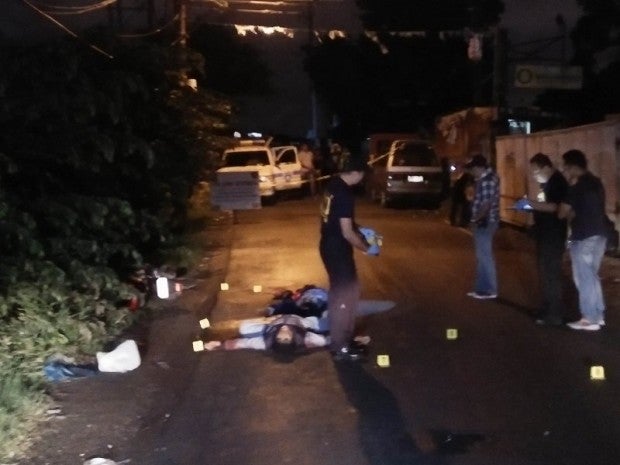 MANILA — Three suspected carnappers caught chopping up a stolen cab were killed in a shootout with the police in Quezon City early Monday.

Slain were Anthony Ryan, 30, and two unidentified men around 30 to 35 years old and with tattoo markings on their bodies.

The Quezon City Police District (QCPD) said authorities received a tip from a concerned citizen about a Toyota Vios taxi, with marking “Kenneth Princess” at the door and plate No. UVY-931, at a vacant lot along Area 5 in Payatas Road.

Police reports said that at around 1:15 a.m., upon the arrival of operatives of the QCPD Anti-Carnapping Unit, four men allegedly engaged in a gunbattle with the authorities, resulting in the deaths of three men. One suspect fled and eluded arrest.

Initial investigation showed that the four men flagged down the cab driven by Reynaldo dela Cruz, 51, along Visayas Avenue around 10 p.m. on Sunday.

While driving along Katipunan Avenue, in front of the Metropolitan Waterworks and Sewerage System office, the four declared the robbery. The suspects reportedly choked Dela Cruz, tied his hands with packaging tape and blindfolded him.

The victim was dumped by the suspects along C.P. Garcia Avenue, where a passerby assisted him and took him to the police to report the robbery.