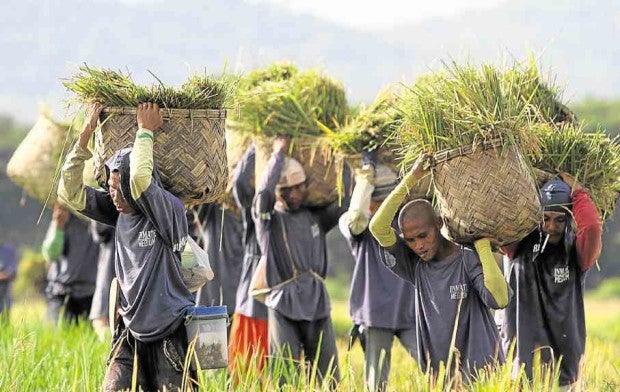 Nov. 16
The Iwahig Prison and Penal Farm (formerly Iuhiut Penal Settlement) is established in 1904 in Puerto Princesa City, Palawan province. Prisoners who could not be accommodated at Bilibid Prison in Metro Manila are sent to Iwahig.

Nov. 17
The Suez Canal, the shipping lane that links Mediterranean Sea to Red Sea, is opened in 1869. It allowed the Philippines to have direct business relations with Spain and shortened travel time to 30 days for Filipinos pursuing further studies in Europe.

Nov. 19
Republic Act No. 6734 is ratified in 1989 in a plebiscite, establishing the Autonomous Region in Muslim Mindanao. Only the provinces of Lanao del Sur (except Marawi City), Maguindanao, Sulu and Tawi-Tawi out of the proposed 13 provinces and 9 cities voted to join ARMM. Marawi City and Basilan province later joined the region.

Read Next
Lubao’s Golden Boy of Philippine Cinema
EDITORS' PICK
Unemployment rate up to 6% in May
House energy committee chair Arroyo bats for cheap electricity
High-risk pregnancy: Reducing your risk is in your hands
High inflation: Your P1 is now worth only 87 centavos
UK’s Boris Johnson will resign, BBC reports
Geek out at TOYCON 2022 powered by Smart Signature
MOST READ
Kim Atienza’s daughter flaunts bikini body in response to critics of her ‘revealing photos’
Judy Ann Santos takes break from shooting cooking videos due to price increases: ‘Parang unfair’
FDA probes popular Filipino noodle brand for ‘high level of ethylene oxide’
Japanese artist who created ‘Yu-Gi-Oh!’ found dead in the sea
Don't miss out on the latest news and information.