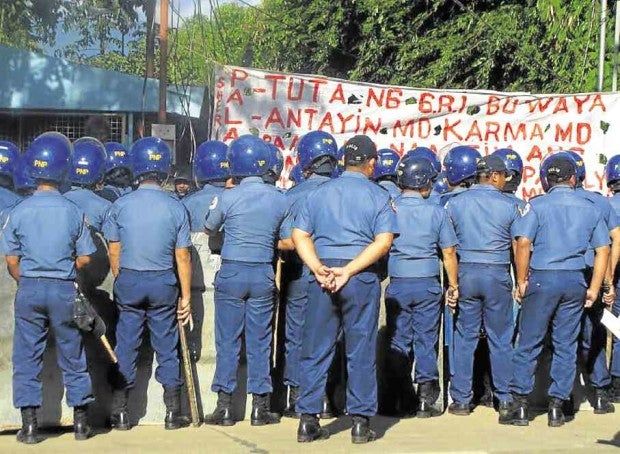 MARIVELES, BATAAN—As many as 88 families were rendered homeless on Friday when a court sheriff enforced a demolition order on makeshift houses in Barangay Batangas Dos here, backed by policemen who arrived on three buses.

The families tried to stop the work crews hired to dismantle their concrete and semi-concrete houses but were unable to break through the antiriot policemen.

Franco Fueca, secretary of the Batangas Dos neighborhood association, said the residents had sought help from local officials but were told to seek legal assistance instead.

Fueca said the local government should have facilitated the development of a relocation site for the families before the demolition was scheduled. The lot is titled to GRI Properties. GREG REFRACCION