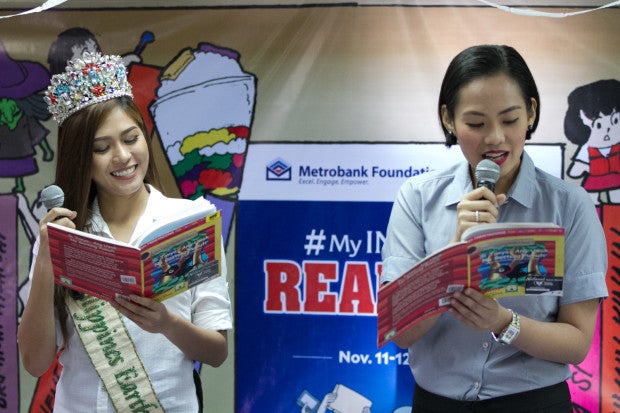 For Read-Along ambassador Cathy Untalan-Vital, her participation in the 6th Read-Along Festival is a milestone.

“I think the Read-Along should continue growing,” said Vital, former Miss Earth Foundation executive director and Miss Earth-Fire 2006, contemplating on the program’s nearly decade-long run.  “Not just for 10 years but for many years to come. We continue to evolve but there are some basics we should keep and that include the love for books.”

Vital and newly crowned Miss Philippines-Earth Loren Artajos on Friday read in tandem “Si Tanya Ang Uwak na Gustong Pumuti,” a story by German Gervacio about a crow who learned to love her color and accept her true self.

“I’m always happy to be part of the Inquirer Read-Along Festival especially now that I’m with Loren,” Vital said. “All of us in Miss Earth Foundation are behind her now as she starts her reign as Miss Philippines-Earth. In crazy turn of events, something good actually happens. We’re very happy that she is the one who will assume the crown and we’re here to support her.”

Vital also shared that today’s session is a personal milestone for her too. “It’s not just special because I read with Loren but it’s also my 30th book. I don’t know if you remember but last year, I had a ‘30 books before 30’ project which was pushed back because of my pregnancy. But today is my 30th book since I began the project so I’m very happy and honored to be one of Inquirer’s Read-Along ambassadors,” said Vital, who attended the session with her 10-month-old baby Rua.

“I hope when my daughter grows up I can bring her to Read-Along sessions and she’ll imbibe the same love for reading,” Vital added.

Almost 90 kids attended the first session of the Read-Along Festival at the Inquirer main office in Makati City. 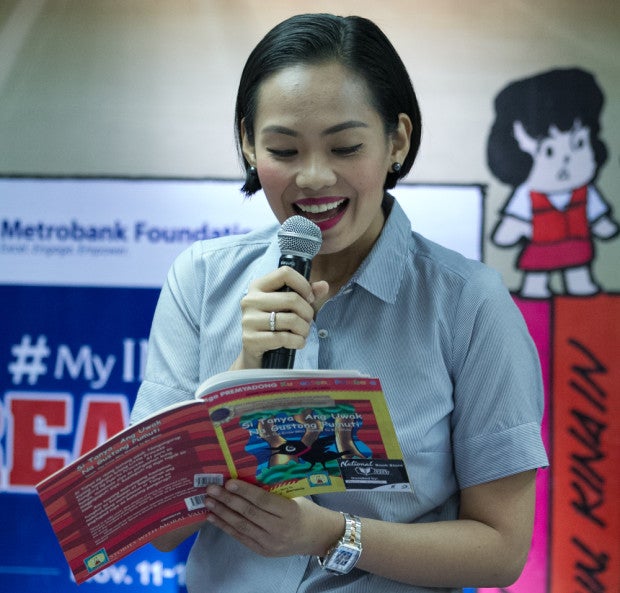