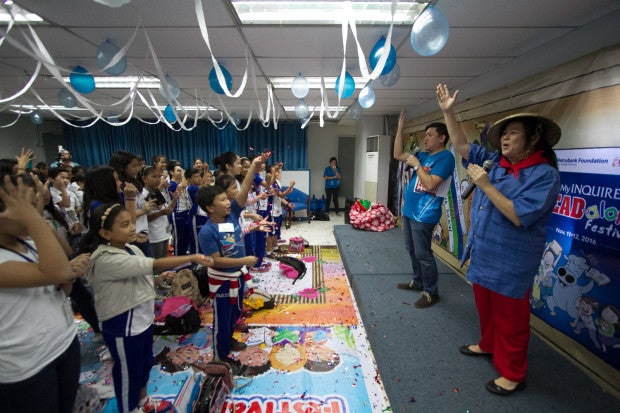 Inquirer president and chief executive officer Alexandra Prieto-Romualdez leads the children in an energizing activity during the opening session of the 6th Read-Along Festival on Friday.—PHOTOS BY ALEXIS CORPUZ

Reading should still be a part of our lives.

This is what Inquirer president and chief executive officer Alexandra “Sandy” Prieto-Romualdez said as she led the roster of readers on the first day of the #MyInquirer Read-Along Festival on Friday at the Inquirer main office in Makati City.

“What we really want to say is that the joy of reading is something that should be continuously nurtured and that in the learning process, even in our very high-tech world,” she said.

This year’s festival’s theme, “Love for reading anytime, anywhere, always,” ties closely with the Inquirer’s latest campaign, “#MyInquirer Anytime Anywhere Always,” which has seen the brand’s transformation in terms of layout and content across platforms.

“Maybe people don’t realize it is the Inquirer volunteers that have powered the Read-Along all these years—ninth year for the program and sixth year for the festival. So I just want to thank these people and it’s really wonderful that we’ve been able to carry this advocacy of reading,” Romualdez said.

“It’s all thanks to our partners and volunteers,” Romualdez said as she opened the sixth edition of the Read-Along Festival. 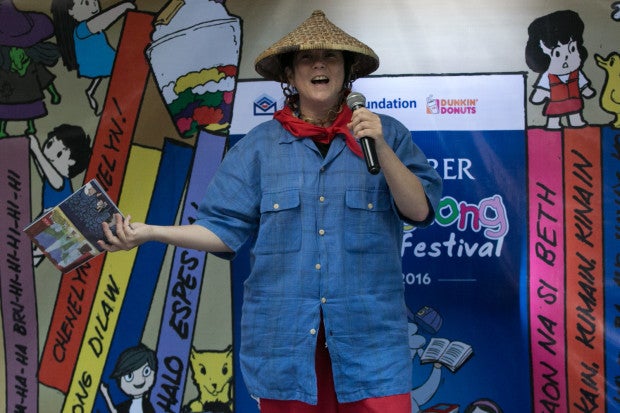 Romualdez dons a native hat, red kerchief and makeshift belly made of a pillow as she becomes the character Filemon in the book “Filemon Mamon.”

“I want to thank our partners, Metrobank and Dunkin Donuts, and of course, all the teachers and the schools that have participated too. And to the volunteers, I just want to give them my thanks because it’s through their work that Read-Along has thrived all these years,” she added. 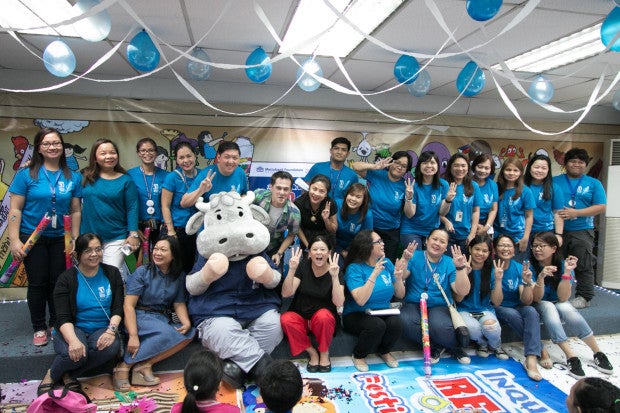 The Inquirer president poses for a photo with Read-Along Festival volunteers and mascot Guyito.

Romualdez read “Filemon Mamon,” a story about a young boy struggling with his weight problem written by Christine Bellen. To complete her storytelling, Romualdez even wore a pillow under her shirt as her makeshift belly, and also wore different hats as props.

“Today I read a story that has many facets to it. At first blush you think it’s just about eating healthy but it’s also about appreciating our heroes,” she said. During her storytelling session, Romualdez also raised awareness against bullying.