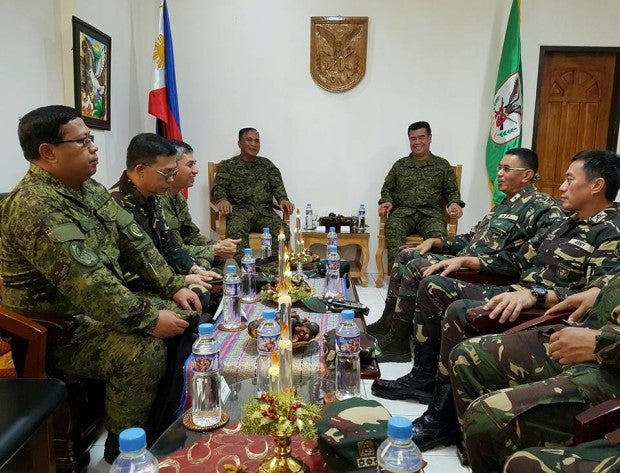 Armed Forces of the Philippines Chief General Ricardo Visaya visited 10th Infantry “Agila” Division in Mawab, Compostela Valley on Friday as part of his farewell visit. He is scheduled to retire next month. PHOTO FROM COL EDGARD AREVALO

Retiring Armed Forces of the Philippines Chief of Staff Ricardo Visaya has started his farewell visit to troops.

Visaya, a member of the Philippine Military Academy “Matikas” Class of 1983, assumed the top military position last July. His mandatory date of retirement is on December 8.

In his first few months in office, President Rodrigo Duterte visited military camps nationwide to show his support in fulfilling their duty and promising the soldiers to raise their salaries.