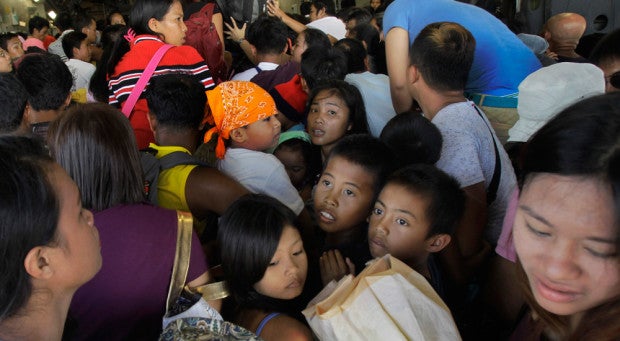 Thousands of street kids and orphans in the Philippines need homes or orphanages to look after them. (AP PHOTO/ WALLY SANTANA)

TAGBILARAN CITY, Bohol — The American couple accused of running an orphanage without a permit was released on Tuesday after the complaints of human trafficking and child abuse were dismissed.

Matthew Dwinells, 56, and his wife Dalisay Dwinells, 63, walked out of the detention cell of the National Bureau of Investigation after the NBI received an order from the city prosecutor’s office to let the couple go.

Matthew had been conducting Bible Study with his fellow inmates in the NBI stockade every morning until he was released.

Lawyer Arcelito Albao, NBI supervising agent in Bohol, said the prosecutor’s office dismissed the complaint of human trafficking and child abuse complaints filed by the Department of Social Welfare and Development (DSWD) against the couple for lack of probable cause.

The 29-page resolution, which was signed by Tagbilaran City prosecutor Julius Cesar, stressed that the couple merely lacked documents and permit to run an orphanage.

It said the DSWD failed to prove that the couple committed human trafficking and child abuse especially since the children were not forced to stay in the facility.

The Dwinells also did not force or use the children to work for profit, the usual issue in child abuse cases, the resolution said.

In the course of the investigation, none of the 38 children who lived with the Dwinellses raised complaints against the couple.

Albao said that the NBI, one of the complainants of the case along with DSWD, would file a motion for reconsideration.

The DSWD had no official statement yet.

The Dwinells, who founded the Street Kids Mission Philippines, were arrested by NBI agents in a raid conducted on a two-story house in Barangay Bool in this city last Oct. 22 for operating an orphanage without a permit.

They were also accused of human trafficking after the couple failed to present proofs that the children were taken from their homes with the consent of their parents.

The Dwinells are missionaries who identify themselves as directors of the Street Kids Philippine Mission, which has been operating for six years. It rescues street kids in Cebu City.

Matthew claimed that they were merely behind in their paperwork in the processing of their permit to run the orphanage.

He, however, refuted the allegations of human trafficking, claiming that they had consent from the parents of the 38 children but could not present a written proof.

The Dwinells showed a permit from the Office of the Mayor in Dauis town that gave them authority to run an orphanage in the municipality but it expired on Dec. 31, 2015.

Dalisay said they had enrolled the children in various schools in Bohol.  SFM