George W. Bush votes 'none of the above' in US election | Inquirer News
Close
menu
search

George W. Bush votes ‘none of the above’ in US election 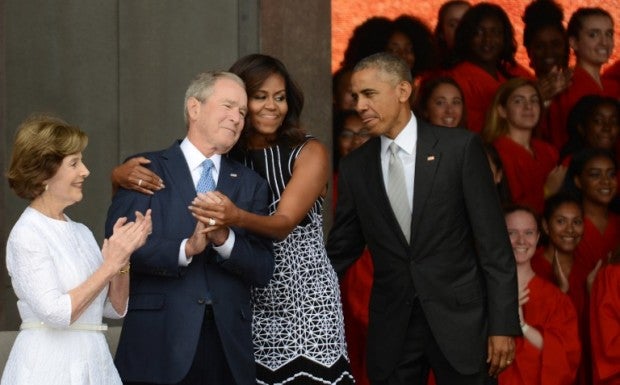 WASHINGTON, United States — George W. Bush cast a protest vote of sorts in the US election, with an aide saying Tuesday the former president chose “none of the above” rather than fellow Republican Donald Trump or Democrat Hillary Clinton.

Bush had previously signaled that he intended to sit out the race, after his younger brother Jeb Bush, the former governor of Florida, was defeated in the 2016 Republican Party primary.

“President and Mrs. Bush voted ‘None of the Above’ for president, and for Republican candidates on the rest of the ballot,” Bush personal aide Freddy Ford told AFP.

The Bush family has not weighed in significantly in the presidential election, but former president George H.W. Bush reportedly told friends privately that he would vote for Democrat Clinton.

Trump’s harsh rhetoric and maverick campaign have driven several high-profile Republicans to denounce the provocative billionaire and say they would not support the nominee in the election.