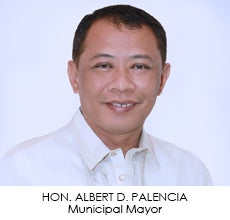 Mayor Reynaldo Tamayo Jr. of Tupi town and the president of the League of Municipalities of the Philippines (LMP-South Cotabato) on Tuesday said the town mayors were dismayed over how the operation was carried out.

Tamayo said all the town mayors were convinced Palencia did not own the bullets and rifle grenade allegedly found by the raiding team in his home and piggery, respectively.

Tamayo said the mayors were not against the anti-drug operation provided it was carried out in accordance with the law and the rights of individuals were not violated.

Majority of the mayors were convinced the evidence was “planted.”

Supt. Romeo Galgo, regional police information chief, said the operation was carried out with utmost transparency and in accordance with the police operations manual.

“We cannot stop them from declaring our operating unit persona non grata,” Galgo said, adding the declaration would not stop the PNP from performing its duties.

“We are just implementing the search warrants as directed by the court and higher headquarters,” Galgo told the Philippine Daily Inquirer.

Palencia, who was allegedly in the second batch of President Duterte’s list of narco-politicians, is currently detained in his town’s police lock-up cell. He repeatedly denied he was into the illegal drug trade.

Following the killing of Mayor Rolando Espinosa Sr. of Albuera, Leyte, inside the provincial jail, supporters and followers of Palencia are now holding a vigil outside the town police office where the mayor is detained.

“We just want to ensure he is alive,” a supporter told reporters.

Galgo also stressed the raid on Palencia’s home was legal, legitimate and transparent with local media persons and TV crew in attendance.