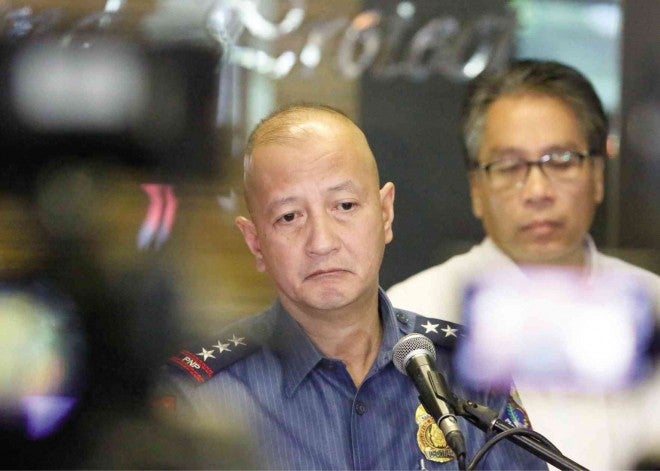 Retired Deputy Director General Leonardo Espina, the former officer-in-charge of the Philippine National Police (PNP), broke his silence to clear his name after the slain Albuera, Leyte Mayor Rolando Espinosa Sr. implicated him as a protector of his son Kerwin’s drug business.

In a statement on Monday, Espina vehemently denied protecting drug lords during his time as a PNP official, stressing that it was his brother-in-law Victor Espina who dealt with the Espinosas and supplied arms to them.

“Investigators have determined and concluded that Victor L. Espina Jr, my brother-in-law, indeed used my name and took advantage of the position I held then in 2015 and made it appear before the Espinosas that I was aware of the reported illegal transactions he made with them,” Espina said.

Before he was killed in a police raid inside his cell last Saturday, Espinosa executed an affidavit and identified 226 politicians, policemen, judges, government officials and media practitioners, including a certain “Gen. Espina,” as those protecting Kerwin’s drug trade, which is said to be the biggest in the Eastern Visayas region.

When Espina learned that the mayor identified him as protector, Espina said he sought help from Director Benjamin Magalong, PNP’s deputy chief for operations, and Eastern Visayas regional police director Chief Supt. Elmer Beltejar, and asked them to investigate how he became connected with the Espinosas.

“Being innocent and having no clue, my instinctive response was to immediately see the Deputy PNP Chief for Operations, General Magalong. I inquired about this matter and requested him to fully investigate this incident in coordination with Gen. Beltejar, the Police Regional Director of PRO8,” Espina said.

“I came to know later through the investigation of Generals Magalong and Beltejar, that Victor Espina Jr., my brother in law (we have the same last names), was somehow pinpointed as a supplier of arms for the Espinosas and that he used my name,” he said.

“In addition, I learned from Martin Espina, also my brother-in-law, that Victor used my name to allegedly cause the transfer of an officer as requested by the Espinosas,” Espina said.

“In these two instances, it was made to appear by Victor Espina Jr. before the Espinosas that I was aware of the illegal actions, taking undue advantage of the position I held. Furthermore, Victor Espina received money in return for these actions,” he said.

“With these events, it may seem like darkness has overcome but I see two bright lights of hope. First, that God has kept me steadfast in my course not to give in to the temptations like those posed by such persons as this Kerwin Espinosa. Second, that so far there are no reports of Victor Espina Jr.’s name in drug dealing. I hope and pray that there never was and never will be a positive report for this terrible crime,” he said.

He also thanked police investigators from the national headquarters down to the regional, provincial and station police levels who “have ascertained the truthfulness of this account through their painstaking researches, interviews, and investigation of this case for the past several months.”

“Without them, I could never have known that my name was used for these dastardly acts,” he said.

Espina retired in July last year after more than 20 years in police service. Espina was cited for his firm leadership while the PNP was facing a crisis after the Mamasapano debacle in January 2015.

Charges have been filed against Victor Espina Jr. before the court./rga