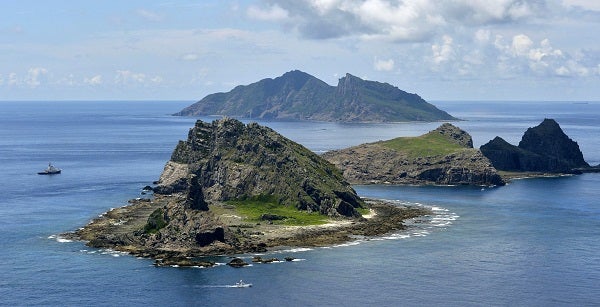 Four Chinese vessels entered the waters surrounding the islets, called the Senkaku in Japan and the Diaoyu in China, around 10:00 am local time (0100 GMT), according to Japan Coast Guard.

They left the territorial waters within two hours, the coast guard said.

The two countries are locked in a long-running dispute over the uninhabited, Tokyo-controlled islets.

Japan has routinely complained that China is escalating regional tensions by regularly sending ships to the island chain despite repeated protests from Tokyo.

On Sunday, Tokyo lodged a protest to China’s foreign ministry through its embassy in Beijing, saying the islands were “an inherent territory of Japan,” while Prime Minister Shinzo Abe’s office beefed up its team in charge of monitoring Chinese ships, a government official told AFP.

Tokyo has lodged at least 32 protests through diplomatic channels this year over what it says have been a total 31 days of intrusions by Chinese vessels in the territorial waters.

China is also involved in maritime disputes in the South China Sea by claiming most of the area despite counter-claims by the Philippines, Brunei, Malaysia, Taiwan and Vietnam.

But a UN-backed tribunal in July ruled that Beijing’s claims were invalid. CBB/rga