Misuari’s crime will be dealt with ‘at right time’ 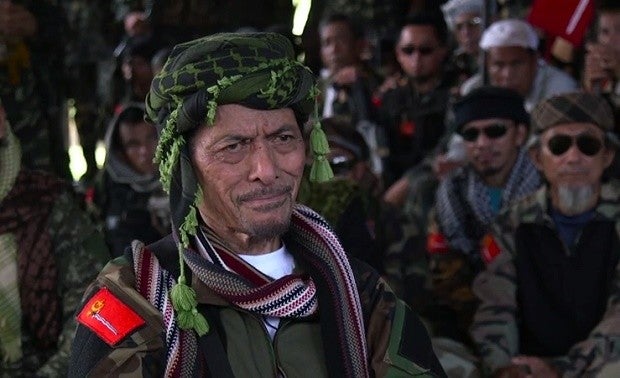 The concerns of Zamboanga City residents who want Moro National Liberation Front (MNLF) founder Nur Misuari to be still held accountable for the 2013 siege of the city would be addressed at the “right time,” Malacañang said yesterday.

The president’s spokesperson, Ernesto Abella, said that at the moment, what is important is that President Duterte and Misuari are talking to move the peace process forward, and the chief executive is addressing historical grievances of the Moros.

Misuari surfaced in Malacañang on Thursday after a Pasig City Court, at the government’s behest, temporarily lifted his arrest warrant for rebellion in connection with the MNLF’s attack on Zamboanga City that killed over 200 people  and displaced more than 100,000 residents.

The MNLF leader vowed to support the Duterte administration’s bid for peace.

But Zamboanga residents do not want Misuari to be off the hook.

“At the right time, all of those issues will be answered and addressed,” Abella said over the government-run Radyo ng Bayan.

Mr. Duterte has promised to lay the groundwork for the Bangsamoro territory, and this would also be connected to his push for federalism, he further said.