Three Tacloban natives recount how they lost everything, but recovered and thrived three years after ‘Yolanda’
By: Joey A. Gabieta - Correspondent / @joeygabietaINQ
Philippine Daily Inquirer / 12:07 AM November 06, 2016 Scene of devastation in Tacloban City in 2013 —RAFFY LERMA

TACLOBAN CITY—When this city was pummeled by supertyphoon “Yolanda” (international name: Haiyan) in 2013, the devastation pushed thousands of residents to leave, in the belief that they no longer had a future here.

But Rhoel Ladrera, 39, and Nimfa Masdo, 57, chose to stay. It turned out to be the best decision of their lives.

What was bane for most residents turned out to be boon for Ladrera, whose rent-a-car business thrived during the city’s rehabilitation phase as thousands of relief workers needed vehicles to get around.

Masdo, meanwhile, became the proud owner of a new home which she described as better than what was destroyed by the strongest typhoon to hit inland. 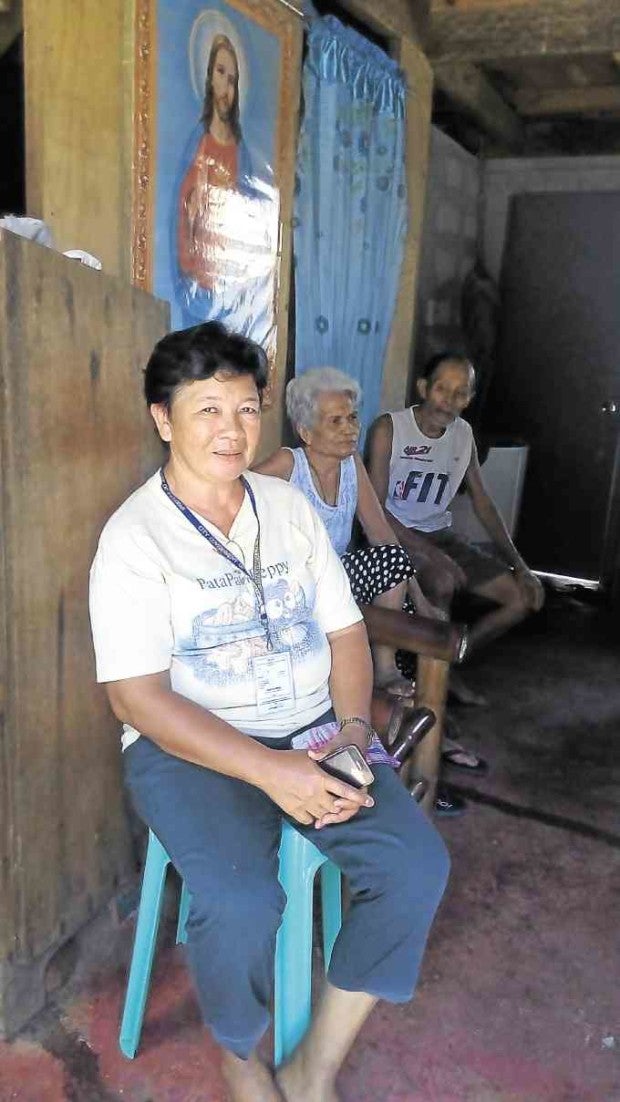 Nimfa Masdo is secure in a new house with her parents-in-law.

When the city became ground zero on Nov. 9, 2013,  Ladrera considered moving out of Tacloban to start a new life with wife Jave, 32, and daughter Haven, 8.

“But then again, I realized that ‘Yolanda’ could also be an opportunity for us,” said Ladrera, who lost five service cars and some printing equipment worth P5 million during the typhoon’s onslaught.  Compounding his woes were the millions of pesos in bank loans that he secured to start his businesses.

“My family survived `Yolanda’ and I wanted to help people who came here to help us.”

“I really thought I had lost everything. I almost gave up,” he said.  Then he realized that there was always an opportunity to earn even during disaster.

To keep them safe, Ladrera sent his wife and daughter to stay in Lapu-Lapu City, Cebu.

On Nov. 18, he reopened his business using the five cars that he had safely parked at their house at Sagkahan District the morning before the typhoon hit.  Five other cars had been rented out and were lost during the storm surge. 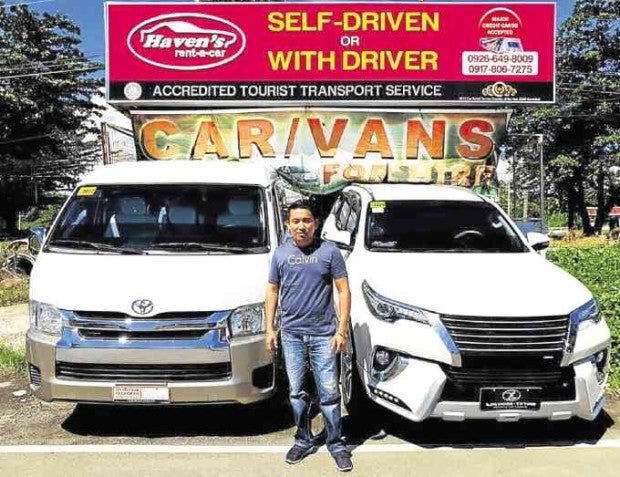 Rhoel Ladrera never regretted his decision to stay in Tacloban after “Yolanda.”—PHOTOS BY JOEY GABIETA

After Yolanda focused global attention on Tacloban, foreign and national media as well as aid workers from all over the world descended on the city to help rebuild it.  Rented vehicles were much in demand, with some owners charging as much as P15,000 a day, or P50,000 for trips outside Tacloban.

Ladrera, however, charged pre-Yolanda rates of  P3,000 to P3,500 a day, depending on the type of vehicle used.

“My family survived Yolanda and I wanted to help people who came here to help us,” he said.

Three years later, Ladrera’s car rental and printing businesses continue to thrive, affording him 30 rental vehicles. He has also ventured into public transport and now has 81 employees from the original 32 that he had before Yolanda.  He had asked his wife as well to stop working as a nurse to help him in their businesses.

Proud as he was about his right decision, Ladrera feels proudest about the fact that his vehicles were used by prominent individuals who came to visit Tacloban during those difficult times.  They included King Carl XVI Gustaf of Sweden (who visited twice on Jan. 26, 2014 and Nov.23, 2015), and the security escorts of Pope Francis during his papal visit on Jan. 17, 2015.

For Masdo, Yolanda proved to be more of blessing than a curse even if the family had lost its shanty in Barangay 88, San Jose district, the worst-hit area in Tacloban.

Thanks to the government’s resettlement site, “we are now proud owners of this beautiful house that we can really call our own,” she said.

Masdo, husband Pedro, 62, and her parents-in-law Saturnina, 84 and Ernesto, 74, now live in a concrete house at Villa Diana in Barangay New Kawayan.  “We are just a poor family. We never thought that we will have this kind of house,” said Masdo whose husband earns an average of P400 a day as a jeepney driver.  The couple has six children who have their own

In November last year, the family, along with 104 other families, moved to Villa Diana where every unit has a floor area of 22 square meters. Built by the government through the National Housing Authority, the concrete homes can withstand typhoons packing winds of up to 250 kilometer per hour.

Masdo admitted that even if her family had wanted to, they could not join the throngs fleeing Tacloban. “We had no money. Where else could we go?”? she said.

But the constraint turned out to be a blessing, Masdo said.

In their new house, Masdo has put up a small sari-sari store to help her husband.

“We have a new life here. We feel comfortable and safe. I can really say that the typhoon was not a complete disaster. Because of Yolanda,  we now own this house,” she said.