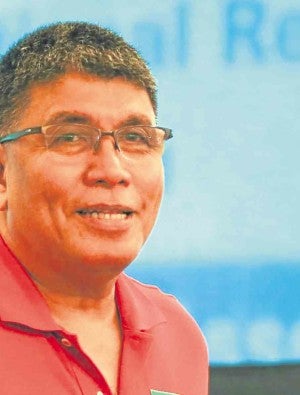 Surigao del Sur 1st District Rep. Prospero Pichay Jr., has asked the Sandiganbayan to throw out the graft charges filed against him for allegedly misusing P1.5 million in public funds to sponsor a 2010 chess tournament held in his honor.

In a 41-page omnibus motion, Pichay told the antigraft court’s Fifth Division that there was no probable cause to try him for graft and breach of ethical conduct and order his arrest.

The Office of the Ombudsman has accused Pichay, an acting chair of the Local Water Utilities Administration (LWUA), of giving the green light to release the funds to the National Chess Federation of the Philippines (NCFP) which he also headed.

Both said it was premature for the Ombudsman to declare the disbursement of funds as criminal, arguing that even the Commission on Audit (COA) has yet to complete its investigation on the disbursement.

“The appropriate office to make a conclusion as the propriety of the disbursement to the NCFP is COA, and not the Ombudsman, through the issuance of a proper audit report and only after an actual audit by COA auditors is conducted,” they said.

Although the Ombudsman submitted the paper trail showing the release of the LWUA funds to NCFP, the motion said it would not show the transaction was illegal.

Pichay and Feleo said they could not be held liable for violation of Section 3(e) of the Anti-Graft and Corrupt Practices Act because “they were never involved in the decision” to release the funds.

Pichay and Feleo said they could not be accused of bad faith because the charge sheet did not show any dishonest purpose or deliberate intent to do wrong.

They argued that there could not be “manifest partiality” in the case, because it would be impossible to favor NCFP when no other group was involved.

Without the COA audit, the motion noted that prosecutors cannot declare the release of the funds to be “unwarranted.” It added that the funds were already earmarked for sports and cultural development a year before NCFP requested the funds.