Duterte wants to be buried beside his parents 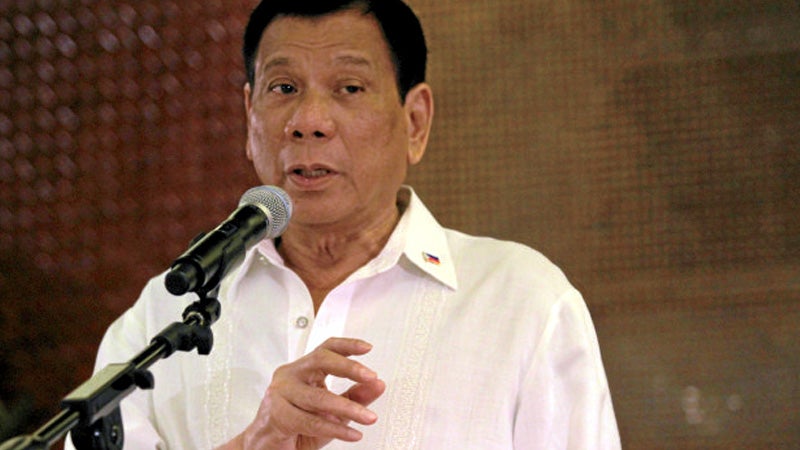 If the time comes, no Libingan ng mga Bayani for him.

“Susmaryosep, pagtalunin pa tayo dyan (We might be subjected to debates). It would be a terrible thing,” President Rodrigo Duterte said on Tuesday night in reaction to a reporter’s question if he would like be buried at the Heroes’ Cemetery.

Among the issues why the President has been getting a lot of negative criticisms was his approval of the late dictator Ferdinand Marcos’ burial at the Libingan ng mga Bayani.

READ: Hero or not, Marcos may be buried at ‘Libingan’, Duterte insists

Duterte said he’d rather be buried beside his parents.

“The greatest honor a man can have is to be buried from where he came from. Katabi nanay at tatay ko,” he said in a televised press conference at his parents’ mausoleum in Davao City Public and Roman Catholic Cemetery late Tuesday.