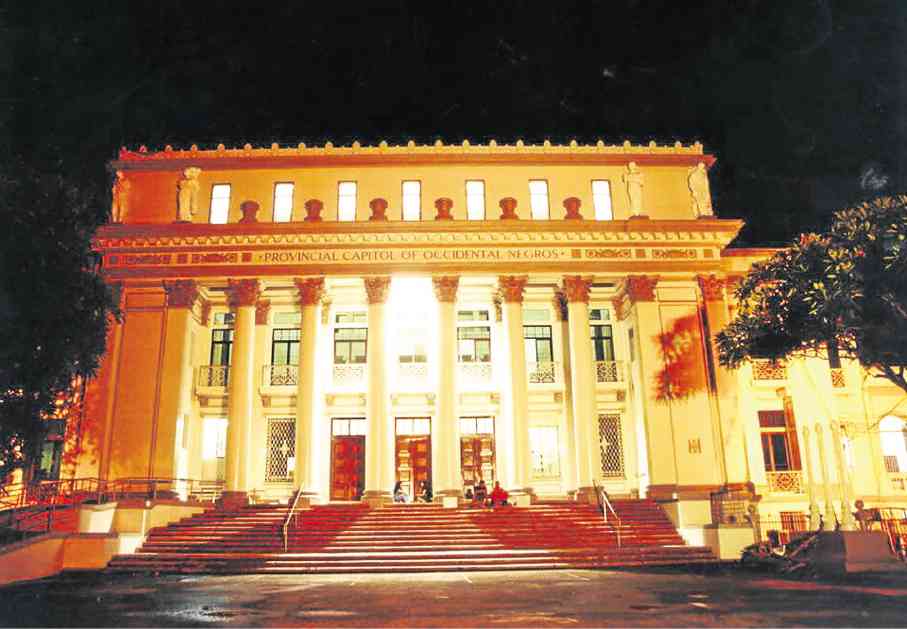 BACOLOD CITY—The imposing neo-classical capitol in this “City of Smiles” is not just the seat of government of Negros Occidental province. It is also home to a small band of ghosts, if its security guards were to be believed.

These ghosts usually appear shortly before midnight and in the wee hours, said security guard German Magalona, who has been assigned there for eight years.

The capitol was occupied by the Japanese Imperial Army during World War II and its basement was said to have been used as a prison. An escape tunnel and human skeletons were reportedly found there after the war.

It is no wonder then that guards on night duty occasionally hear the dragging of chains and the shaking of doors.

Then Gov. Jose Locsin had the capitol built based on the design of architect Juan Arellano in 1927. The center structure of the building was completed in 1931 while the north and south wings were finished in 1933.

The capitol was the site of the surrender of Filipino and American troops to the Japanese in May 1942, and became the Japanese army’s administration office from 1942 to 1944.

In 1955 it became the headquarters of the US Army 40th Division. At the end of World War II, the provincial government reoccupied the capitol.

During the term of Gov. Alfredo Montelibano Jr. in 1979, the seat of the provincial government was transferred to the Provincial Administration Center. The capitol housed the courts and later, a museum.

It became the seat of the province in December 2003, under the administration of Gov. Joseph Marañon Jr.

It is also at the social hall where most of the resident ghosts have been seen, although these have made appearances along corridors on the ground floor and near the public library in the south wing that is close to a pathway to the basement that has long been sealed off, Magalona said.

Several capitol employees working overtime in their offices near the social hall have heard the pounding of piano keys, although there is no piano there.

The ghosts known to the capitol’s security guards are a white lady, a girl dressed in a dirty white dress, a headless priest, a Japanese soldier who is often in the company of a nurse, and a huge, dark creature known as a “kapre.”

“They appear suddenly but when you look at them you never see a face and they swiftly disappear,” he said.

For first timers, it is a scary experience, but one gets used to them, Magalona said.

Cirilo Barsenas, a utility worker assigned at the provincial library, said he would “greet” the capitol’s ghosts every time he reported for work as a sign of respect.