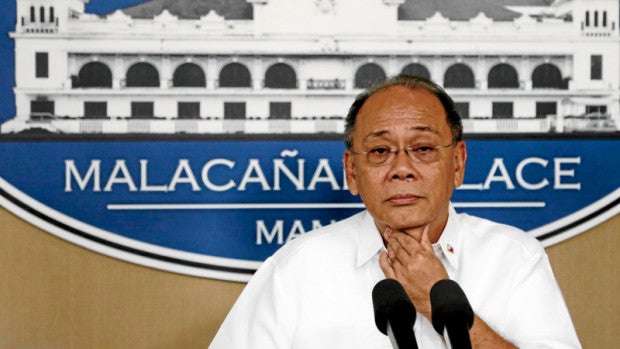 Malacañang on Friday said the government did not enter into contracts with a Chinese company banned by the World Bank and a dredging firm that Beijing reportedly used for reclamation activities in the disputed Spratly Islands.

Presidential Spokesperson Ernesto Abella said that that the government only has memorandums of understanding (MOUs) with these Chinese companies for feasibility studies.

“Those are simply understandings that they can submit feasibility studies which is still be subject to public biddings and the necessary processes. So these are not necessarily contracts or commitments to contract,” Abella told reporters in a press briefing.

In an Inquirer article, it was reported that China Road and Bridge Corp. (CRBC) and China Communication Construction Co. (CCCC) Ltd. bagged big-ticket infrastructure projects in the Philippines after President Rodrigo Duterte’s state visit to China.

In an earlier statement sent to the Inquirer, Bases Conversion and Development Authority (BCDA) president and CEO Vince Dizon said that no contracts were signed between the government and the Chinese companies. Dizon said these were mere MOUs.

“It is by no means an award of the contract … We are very far from that point in the process, we are only at Step 1—the feasibility study—and to make an assertion that the project has already been ‘bagged’ or awarded to a company is completely false and irresponsible,” he said.

During the President’s visit to China last week, the Duterte administration was able to secure $24 billion worth of investment and credit line pledges. RAM/rga