Jeepney holdup suspect killed in shootout with cops in QC 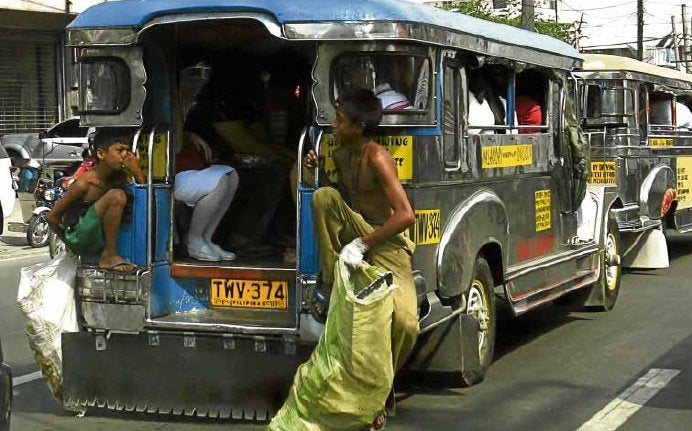 MANILA — A robbery suspect, who held at gunpoint passengers of a jeepney plying along Aurora Boulevard in Quezon City, was killed during a shootout with patrolling policemen.

Jeanmar Salvaleon, alias “Bangkoy,” 25, died after exchanging gunshots with policemen from the Tactical Motorcycle Riders (TMR) from the Quezon City Police District (QCPD) Station 11 in Galas on Wednesday night. The cops spotted the suspect alighting from a passenger jeepney along Manga Road corner Aurora Boulevard at around 8 p.m.

When he ran to the other lane of the street, cops went after him but the suspect reached for his gun and pulled the trigger. His gun misfired but the police fired back at him. He was taken to the University of the East Ramon Magsaysay Hospital but he was declared dead upon arrival there.

The police seized from his possession a .38-revolver, two iPhones and an iPad, which he took from the passengers of the jeepney. Officials from Barangay Mariana told probers that Salvaleon was also involved in a robbery last Oct. 16 in New Manila where P200,000 worth of items were stolen.  SFM