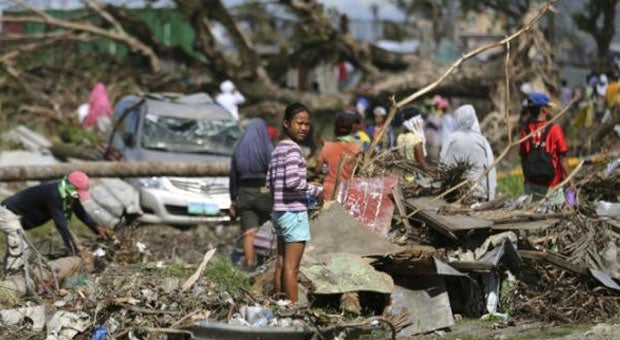 At least 16 million people in 44 provinces were affected when Supertyphoon “Yolanda” (international name: Haiyan) struck the Visayas on Nov. 8, 2013.

More than 1 million families, or about 5.13 million people, were evacuated at the height of the typhoon, which damaged 1.14 million houses. Total cost of damage was placed at P95.5 billion.

The government’s P160-billion reconstruction master plan approved in November 2014 calls for 205,000 new homes for roughly 1 million people to be built in areas away from coastal danger zones.

But only 10 percent, or 20,893 houses, had been built as of March 2016, according to the Community of Yolanda Survivors and Partners, a newly formed alliance of 163 community organizations and nine nongovernment organizations.

According to an investigative report by the Inquirer in 2014, bunkhouses that served as temporary shelters for victims were reported to be overpriced and substandard.

Each room measured 8.64 square meters—roughly the size of two Ping-Pong tables—for one family.

The United Nations, in a statement, also said that thousands of survivors remained in shanties without power or water supply. —COMPILED BY INQUIRER RESEARCH SOURCES: INQUIRER ARCHIVES, NDRRMC FINAL REPORT